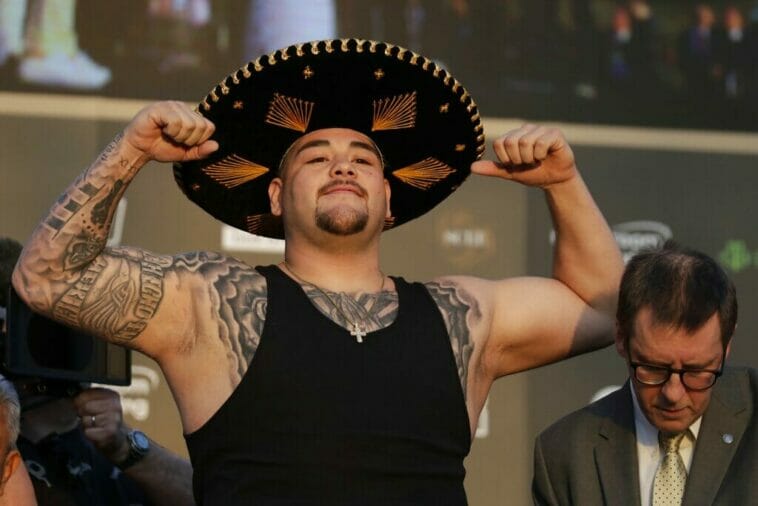 FILE - In this Saturday, June 1, 2019 file photo, Mexican American Andy Ruiz celebrates after stopping Britain's Anthony Joshua during the seventh round of a heavyweight championship boxing match in New York. Heavyweight boxing heads to new territory when Andy Ruiz Jr. and Anthony Joshua meet in a rematch in Saudi Arabia on Saturday, Dec. 7, 2019. Ruiz will look to mark the first world title fight in the Middle East for retaining the belts he took from Joshua a major shock in New York in June. (AP Photo/Frank Franklin II, File)
TwitterFacebookLinkedInRedditWhatsApp

Boxer Andy Ruíz will fight Tyrone Spong in Mexico City after 12 years of not fighting in the Aztec capital.

Andy Ruíz already has an opponent, the venue and the date ready to return to the ring. The Mexican-American boxer, former heavyweight champion, will face Tyrone Spong on July 16 in Mexico City.

In addition to the quality of the two fighters, the fight is attractive because it will mark the return of “Destroyer” Ruíz to Mexico since he has not competed on Aztec ground since February 12, 2021. On that occasion he faced Juan Luis López in Mexicali, Baja California, and defeated him by unanimous decision.

It will be the first fight for Andy Ruíz Jr. in 2022 for he has not stepped into the ring since he defeated Chris Arreola in May 2021.

While Andy Ruíz has been away from the ring for a year, his opponent, Tyrone Spong has spent almost three years without making use of the gloves as his last fight was 2019 against Jeyson Minda.

Triller Fight Club is the company in charge of organizing this fight between Andy Ruíz and Tyrone Spong, so through their social networks they made official the announcement of the return of “Destroyer” to Mexico 12 years later.

The fight will take place at the Plaza de Toros Mexico and will be broadcast in the U.S. on Pay-Per-View. The stadium, which has a capacity for 80,000 spectators, is expected to be completely full.

Ruíz made a name for himself in 2019 after defeating Anthony Joshua via chloroform at Madison Square Garden. That same year a rematch was held, but on that occasion the Mexican-American was unlucky and was beaten by Joshua, so he lost the WBA, IBF, WBO and IBO heavyweight belts.

Spong is a boxer who has also excelled in mixed martial arts. The Suriname native has a record of 14-0, with 13 of those wins coming by knockout, and is known as the “King of the Ring”. He has not held a boxing fight since 2019, but his last fight in mixed martial arts was in January this year, where he lost to Sergei Kharitonov. 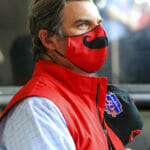 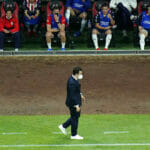