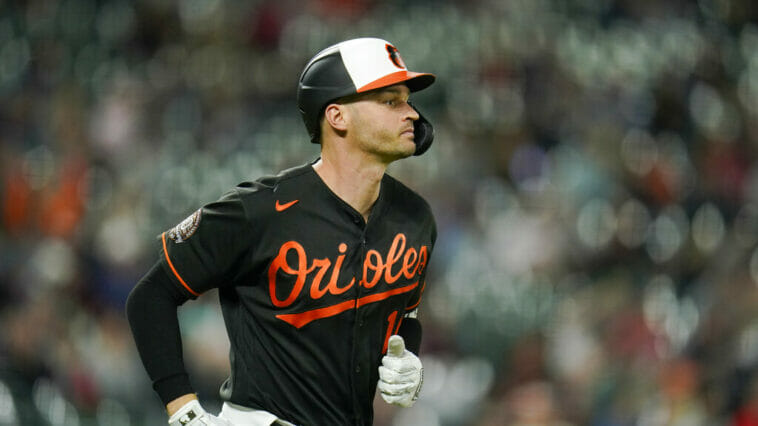 Baltimore Orioles' Trey Mancini runs out a fly out against the Boston Red Sox during the sixth inning of a baseball game, Friday, April 29, 2022, in Baltimore. The Red Sox won 3-1. (AP Photo/Julio Cortez)
TwitterFacebookLinkedInRedditWhatsApp

Like every first Sunday in June, this June 5 marks Cancer Survivor Day, honoring the millions of people who have experienced this terrible disease around the world.

In this article, we will focus on 10 athletes who became a reference for many fans, for their gallantry when facing cancer.

Galarraga had to miss the 1999 MLB season due to a cancerous tumor found on his back. That situation that put the continuity of his career in professional baseball at risk and, more importantly, his life.

Thanks to a treatment of five months of chemotherapy and a month of radiation, the Venezuelan was able to overcome the disease, which allowed him to be part of the Atlanta Braves lineup on Opening Day 2000. His comeback was worthy of a Hollywood movie, as he hit a home run in his first at-bat.

World cycling experienced moments of great concern in the mid-1990s, when one of its greatest exponents, Lance Armstrong, had to pause his career for two years due to testicular cancer.

What the disease couldn’t, steroids could. After starring in a glorious history of seven Tour de France victories, the American admitted to doping and corruption, leading to a lifetime ban and annulment of all achievements since mid-1998.

Lionel Messi and Pep Guardiola‘s FC Barcelona won the 2011 Champions League, with a defender in the starting eleven who played all 90 minutes, despite having previously been diagnosed with a liver tumor.

In March 2012, a year after the illness was made public by the Catalan team, Eric Abidal underwent a liver transplant donated by a relative. After his retirement as a player, he has dedicated himself to the managerial part of the sport.

Another football figure who paused his career in Spanish football due to a type of cancer. In the case of the Argentine goalkeeper, the disease affected his kidneys, what ended up sending him to retirement the following year with Atlético de Madrid.

Burgos is currently a coach in the Greek league, having gained experience on the bench in past years as Diego Simeone’s assistant.

One of the greatest figures in Dutch football this century, Robben almost retired from professional sport at the age of 20 due to testicular cancer.

The player’s return to action was not easy, as he had to deal with problems of depression during his complex recovery process. In the end, he shone in the leagues of Spain and Germany, in addition to reaching the final of the 2010 World Cup with his team.

The Baltimore Orioles had to play the 2020 Major League campaign without the presence of one of their best players, Trey Mancini, due to colon cancer.

After going through a long recovery, the power hitter returned the following year to post one of the most productive performances in the American League. In fact, his 21 home runs and 71 RBIs were enough to win him the Comeback Player of the Year award.

This is one of the most recent cases of illness in the NBA. During the regular round of the 2020/21 season, LeVert underwent an operation to treat a malignant cyst that was detected during the medical review of his trade to the Indiana Pacers.

Luckily for the player, the health problem was dealt with on time, and he is currently one of the offensive figures of the Cleveland Cavaliers, who are competing strongly in the Eastern Conference after several forgettable seasons.

He is the second Venezuelan baseball player that integrates this count. When he was part of the Cleveland Indians rotation in 2019, Carrasco was diagnosed with Leukemia, a type of cancer in his blood cells.

We are talking about a disease that annually takes the lives of millions of people around the world, but the pitcher was able to recover and returned to the MLB the following year (2020). Currently, he is part of the New York Mets pitching staff.

In the middle of the 2007/08 NBA campaign, Brazilian intern Nené Hilario was forced to give up his professional basketball career due to testicular cancer.

This story also had a happy ending, so the player was able to return to action with the Houston Rockets, in addition to remaining one of the main references of a Brazilian team that always stands up for South American basketball in international events.

Boxers do not escape suffering from serious health problems. In 2011, Daniel Jacobs experienced moments of great tension and concern due to osteosarcoma in the spine.

After 19 months out of the sport, the American managed to return to fighting, putting together a 10-fight win streak. Currently, at the age of 35, he is a two-time middleweight world champion and has starred in major battles against boxers of the caliber of Gennady Golovkin. 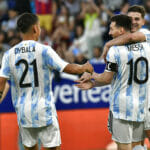 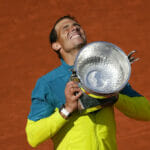