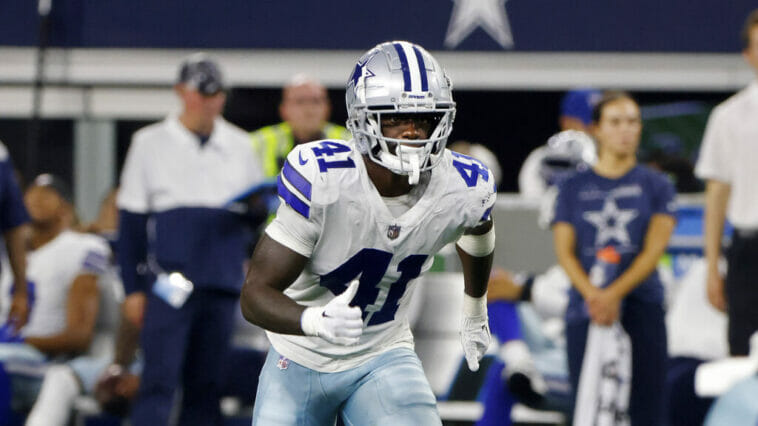 Dallas Cowboys started their NFL preseason on the wrong foot with a 17-7 loss to the Denver Broncos in Week 1, but they closed out preparatory action for this regular season with back-to-back wins over the Chargers and Seahawks and will hope to keep the momentum going for the start of regular season action.

At JefeBet we keep you up to date with the odds for the upcoming Dallas Cowboys game against the Tampa Bay Buccaneers, as well as what the future betting outlook looks like for this 2022 NFL season.

The Cowboys will come out as slight underdogs for this matchup against the Tampa Bay Buccaneers, a team that had a great campaign in 2021, lost in all of their preseason games. However, Tom Brady’s presence on the gridiron could turn things around this regular season.

Playing at home will surely be encouraging for Dallas after its 5-3 record in home games in the 2021 NFL campaign, plus it averaged a staggering 36.3 points in those games.

Being just a slight underdog, the spread assigned by bookmakers to the Dallas Cowboys is quite short, covering a loss by just one point. This may be well justified, considering that the last two meetings between the two franchises were decided by just two points, with the Buccaneers emerging victorious on both occasions.

Precisely the last of those two clashes ended with a score of 31-29, and another similar one would serve to surpass the total points allotted for this game. However, the six clashes between the two teams prior to that had less than 50.5 points.

Five of Dallas’ eight home games in the 2021 NFL season exceeded that number of points, although that happened in just four of the Tampa Bay Buccaneers’ nine away games that season.

Also, with Tampa Bay allowing 26 or more points in two of its three preseason games, a blowout score is certainly a possibility.

The Dallas Cowboys participate in a fairly accessible division for them, and it is not expected that the Giants and Commanders will be a challenge for them, as the Eagles are arguably their biggest divisional rivals.

After that they will have accessible matchups against the Eagles, Lions, and Bears before their BYE in Week 9. The second half of the regular season is expected to be more accessible, with games against the Packers, Vikings, Giants, Colts, Texans, Jaguars, Eagles, and Titans, to close their regular season with another game against the Commanders, which they will hope will not be decisive for their chances of entering the postseason.

As we mentioned, the Cowboys are in a relatively accessible division and have a schedule for this season that, except for the first few weeks, looks accessible on paper, so Dallas should have no problem reaching the postseason at least through a wild card in the hands of a great quarterback like Dak Prescott.

The Cowboys’ main rival to win the division will surely be the Philadelphia Eagles, who moved smartly and made good acquisitions such as wide receiver A.J. Brown, a player who would have been a great fit for Dallas after the departure of Amari Cooper to the Browns.

It is important to mention that no team has repeated a divisional title in the NFC East since 2004, and considering Dallas won the division in 2021, this could sit as a bad omen.

The Cowboys currently have the fifth best odds to win the NFC behind only the Buccaneers, Packers, Rams, and 49ers, although the team appears to be a step below them.

However, if you have faith in Dak Prescott, Ezekiel Elliott and company to win the Conference and make it to the Super Bowl, MGM is offering you a juicy +800 odds on this, which could see you win up to $800 if you bet $100.

If the winnings for winning the Conference are high, you can’t imagine winning the Super Bowl, and MGM offers you an excellent odds of +2000 if the Dallas Cowboys win their first NFL championship since 1995, which would increase your winnings up to $2000 with a $100 wageror even more if you decide to bet a little more money on it.

This would lead to the Cowboys pulling several surprises and performing above their estimated level, but after all, they say that faith moves mountains.

The odds for Dak Prescott to win the league MVP have decreased from where they were in Week 3 of the preseason. Prescott had his best year in 2021 by throwing 37 touchdown passes and for a total of 4449 yards. However, due to this season’s several key absences on offense, he might not have enough weapons to match those numbers and fight for MVP.

Ezekiel Elliott has been far from the level he showed in his first three NFL campaigns, and his +15000 odds to win the MVP well reflect how unlikely it is that he will win the award. In addition, quarterbacks are often the highest priority in recent years for this award, and Elliott would require a historic season to get his name on the table, which seems unlikely to happen. 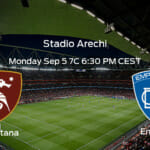 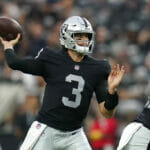