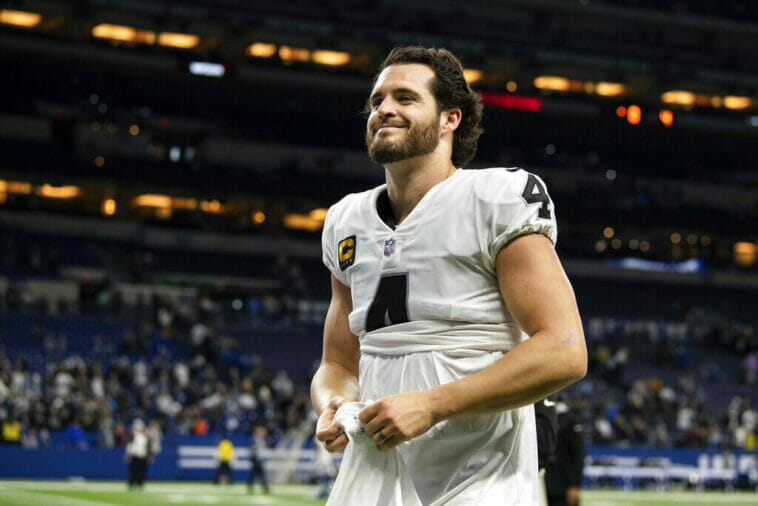 Raiders fans will have a reason to celebrate this offseason after learning that their star quarterback, Derek Carr, agreed to a three-year, $121.5 million contract extension with the Las Vegas franchise.

Although the terms of the contract were not made public by the team, it was revealed that this contract, which runs up to the 2025 NFL season, has a “no trade” clause, so everything seems to indicate that Derek Carr will be tied to the franchise until the end of the contract.

Derek Carr’s future with the Las Vegas Raiders has been uncertain in recent seasons, and the player drew the interest of rival clubs despite his desire to remain with the team at all costs. He said “All I want to be is a Raider. I told my agent that I either wanted to play for the Raiders or play golf because I didn’t want to play anywhere else.” Now, his future with the team is confirmed, and he will be in charge of leading the franchise in this new stage since they moved to Las Vegas from Oakland in 2020.

The Fresno, California native quaretrback would have entered his final year of his contract in the 2022 NFL campaign after having signed a $125 million, five-season deal in 2017. Derek Carr will now earn an annual average of $40.5 million on his new contract, making him the fifth highest-paid quarterback in the NFL after Aaron Rodgers, Desahun Watson, Patrick Mahomes, and Josh Allen.

Derek Carr’s career with the Raiders

As confirmed by his own words, Derek Carr has been a Raiders devotee since his NFL debut in 2014 with the franchise, which selected him in that same year’s Draft as a second-round pick. In the final game of the 2014 preseason, Derek Carr earned a spot as the team’s starting quarterback by entering as a replacement for then-position owner Matt Schaub in a matchup against the Seattle Seahawks.

Carr entered in the first quarter and was replaced during the second, but during his short appearance he threw for 11-13 and a total of 143 yards and three touchdowns. Dennis Allen, the coach at that moment, confirmed that Derek Carr would be his starting quarterback for the opening week, a position he has not relinquished thus far.

Since then, the Raiders’ #4 has progressed significantly, earning Pro Bowl selections in 2015, 2016, and 2017. He has surpassed the 4,000 yards per pass mark in his last four seasons with the team, recorded 4804 total yards during the 2021 season — the most in his career thus far — and also led the team to its first NFL postseason appearance since 2016.

The Raiders now have a quarterback for the future, and the addition of another key player like Davante Adams provides additional reasons for Raiders supporters to be enthusiastic for the upcoming NFL season. 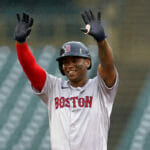 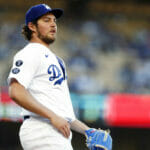