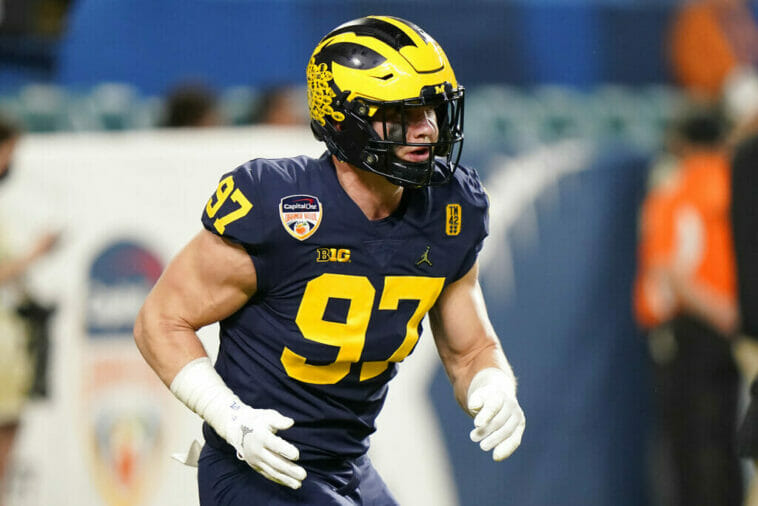 With three days to go until the 2022 NFL Draft kicks off, the betting landscape has shifted significantly from what it was only a few weeks ago. The most notable of these is that Aidan Hutchinson is no longer listed as the leading candidate to be the first overall pick in the Draft, and as the days went by, the bookmakers have shifted in favor of another player.

To put things into context, the first overall pick is in the hands of the Jacksonville Jaguars, therefore, the person preferred by the odds to be the first choice thus far has been someone who can fill a void on the team’s roster in some way. The second pick is held by the Detroit Lions, the third pick is held by the Houston Texans, while the Jets and Giants have the fourth and fifth picks, respectively.

We will explain below some of the reasons why everything has changed in the market and we will take the opportunity to give our opinion about the best bets for that night.

When news broke that Aidan Hutchinson declared himself available for the 2022 NFL Draft, bookmakers immediately placed him as the first overall pick. And of course, Hutchinson is arguably the best player available in this draft. However, being the best does not go hand in hand with being the first, as it all depends on the needs of the team that has the first pick.

In the past days, Aidan Hutchinson has slipped down the list of players predicted to be the first overall pick, with bookmakers favoring Travor Walker. But what is behind this sudden movement? It is difficult to say, as it seems that the bookmakers are handling some information that is not yet known, but from the way things have been moving, everything seems to indicate that there is a good reason behind it.

Evan Neal was previously the favorite to be the first pick following the arrival of new Jacksonville coach Doug Pederson, who commented that he wanted to select an offensive lineman to provide protection to the quarterback. However, Jacksonville would subsequently extend the contract of Cam Robinson — who plays the same position as Neal — and his chances as a first pick dropped considerably, favoring Aidan Hutchinson.

In addition, Jacksonville Jaguars general manager Trent Baalke admitted that he would have gladly agreed to give up the first pick in a trade for a player so that someone would get Hutchinson before anyone else. These words increase the expectation with respect to Travon Walker, who was also named to the top ten selections, albeit not at a very high position.

With Walker as the first pick… What would become of Hutchinson?

Should the Jaguars go with another player as the first overall pick, Aidan Hutchinson will almost certainly be headed to Detroit, with the Lions selecting him as the second overall pick.

Hutchinson has played for the University of Michigan for his entire college football career, and has said on previous occasions that he would like to play for his home state team. Additionally, the player has visited the Detroit Lions’ facilities in the days leading up to the 2022 NFL Draft.

A move to the Lions would see him stay in his home state, and this would be so certain that bookmakers have him at odds of -110. This is a risk worth taking.

Do you want to take a risk?

As previously stated, Pederson has expressed his desire to draft an offensive lineman to protect quarterback Trevor Lawrence, especially now that the Jaguars have added wide receivers Christian Kirk and Zay Jones this offseason. On the other hand, general manager Trent Baalke has preferred to select EDGE’s as a first pick.

Using the same logic as to why the Jaguars don’t want Aidan Hutchinson as a defensive tackle, this begs the question…. If Travon Walker plays the same position as him, why would they want him?

It all depends on who the Jaguars’ brain behind the pick is on 2022 NFL Draft night. If the general manager leaves the decision up to Pederson — who ultimately is the one who will move the pieces — the Jaguars could take an offensive tackle to satisfy the coach’s wishes.

Under that criteria, Ikem Ekwonu looks like a candidate to be the first overall pick. The North Carolina offensive tackle has a +750 odds to be the first pick, which gives him a huge value considering what we mentioned before. 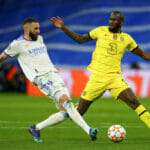