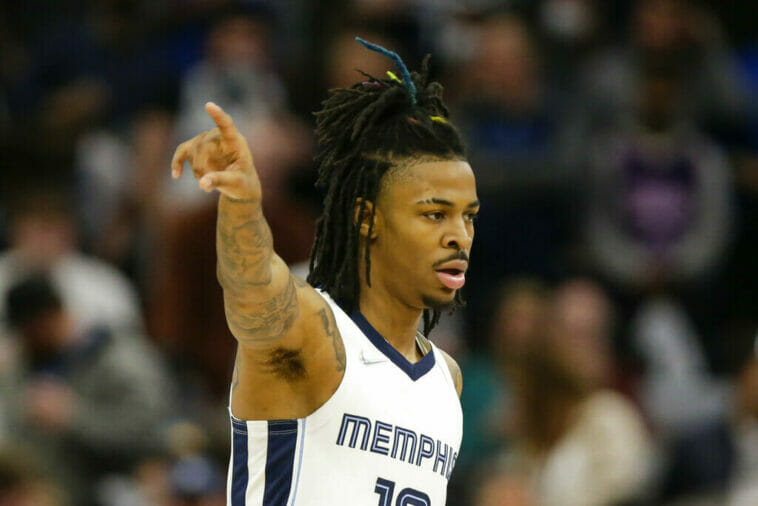 Memphis Grizzlies guard Ja Morant (12) goes up for a dunk agains the Cleveland Cavaliers during the second half of an NBA basketball game Wednesday, Oct. 20, 2021, in Memphis, Tenn. (AP Photo/Nikki Boertman)
TwitterFacebookLinkedInRedditWhatsApp

The Memphis Grizzlies are one of the big surprises of this season in large part thanks to the incredible season of their star Ja Morant, who dazzled throughout the regular round with performances worthy of an NBA star.

Due to his performance on the court, which earned him his first call-up to the All-Star Game, the 22-year-old was honored last night as the Most Improved Player of the 2021-2022 season after receiving 38 first-place votes from the 100 journalists who voted for the award.

Ja Morant, the first player in Memphis history to win this award, piled up 221 points thanks to nine more second-place votes and four third-place votes to beat out the San Antonio Spurs point guard, Dejounte Murray, who finished with 20 first place votes and a total of 183 points. The third place on the podium of honor went to Darius Garland , also a point guard for the Cleveland Cavaliers, with 178 points.

Did Ja Morant deserve to win the award?

Although many argue that he should not have been included because in his first two seasons he had already established himself as a figure within the circuit and his numbers were among the best in the league, the Memphis star was more than deserving of his selection. Despite the fact that this was only his third season in the NBA, Ja Morant’s growth this year was extraordinary and set him apart from the rest of his competitors.

Overall, Ja Morant averaged 27.4 points per game and 6.7 assists, shot a career-best 49.3% from the field, and according to NBA.com he is the third player in league history to outperform in each of his first three years in points, assists, rebounds and field goal percentage, joining Oscar Robertson and Dwyane Wade as the only two to do so.

In the current postseason the stellar player is not living his best moment. However, in the regular round he was able to overcome several setbacks, including a couple of injuries, which did not prevent him from being named NBA Western Conference Player of the Week in consecutive weeks (Jan. 3 and Jan. 10): the first honors of his career and the first player in Grizzlies history to win it consecutively.

If you want to enjoy some crazy moves sponsored by the athleticism and quality of Mr. Temetrius Jamel Morant, don’t miss this video with some of the best plays of the Memphis star. It’s crazy!

Ja Morant’s being chosen is undoubtedly controversial, but his talent is beyond dispute. 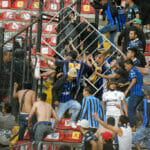 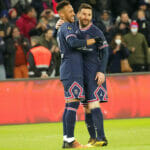