After more than a month and a half of trial, the judges have made a decision in the case of Johnny Depp vs. Amber Heard, two renowned actors in the industry and chaotic ex-partners. This verdict was in favor of Depp, who will have to be compensated with approximately $15 million dollars by Heard for defamation.

The reactions and memes on the internet were spontaneous after the jury’s decision was known, and even several personalities from the world of sports spoke about what happened. Here at JefeBet we have a small compilation of what you can find on the internet about the subject in question.

Trevor Bauer Gives His Opinion on the Resolution of the Case

The MLB pitcher and former Cy Young, Trevor Bauer, was one of the faces of the sport who gave his opinion after the verdict was known.

It took four years of torching Johnny Depp’s reputation over false allegations of abuse to get to today, but he has finally been vindicated. Thank you to the jurors in this case for rightfully holding Amber Heard accountable for defamation.

It is worth remembering that Bauer is inactive in the MLB after a 2-year suspension due to several accusations of sexual abuse against him by three women, and the pitcher has already started a defamation lawsuit about his case.

Depp Maintains on One Side, and Piqué Destroys on the Other

The case of Johnny Depp was curious because it showed something that is a reality: men are victims of gender violence too.

However, all the good things done by Depp were thrown away in a matter of hours when it became known that Gerard Piqué (FC Barcelona player) was unfaithful to the Colombian singer, Shakira, with whom he has a long-term relationship, and they even have several children. What’s even worse, apparently the “lover” is the mother of one of his teammates.

Now they will be able to say at the Camp Nou that Piqué “is like a father to them.”

At Least You Tried Amber

It cannot be said that Amber Heard did not try to make her defense credible, although parts of her statements were questioned for their veracity.

The Case Is Over, but We Will Always Take a Trip Down Memory Lane

We will not only bear in mind the memory of justice being done to Johnny, but also the moment when Amber was mentioned defecating on the actor’s bed. The actress went down in history for that statement for sure.

A New Sequel to Pirates of the Caribbean Has Been Confirmed

After it became known that Johnny Depp was unfairly blamed by his ex-wife, it was confirmed that Captain Jack Sparrow would return for a new sequel to Pirates of the Caribbean.

Amber was criticized for much of the trial. Her defense against the accusation of having defecated in bed caused a furor on social media, and some began to mock her in a trend.

One Last Round of Memes 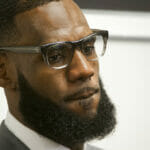 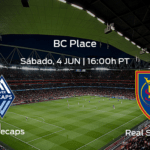