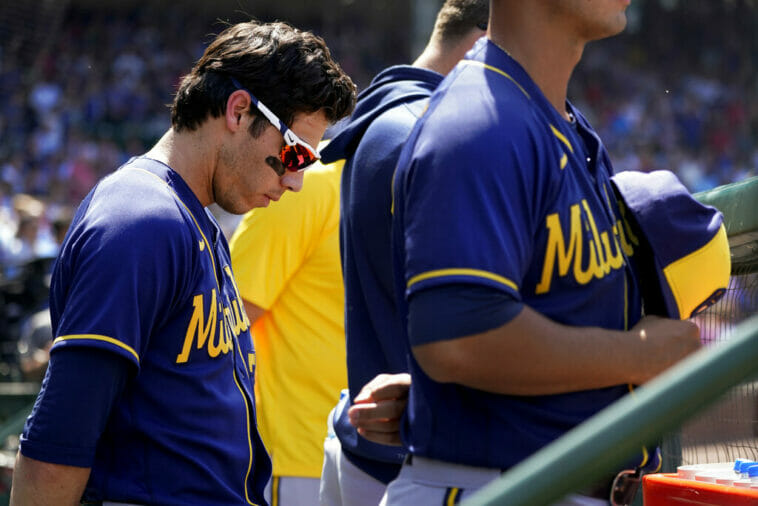 Milwaukee Brewers' Christian Yelich bows his head during a Memorial Day remembrance after the eighth inning of the first game of a baseball doubleheader against the Chicago Cubs Monday, May 30, 2022, in Chicago. (AP Photo/Charles Rex Arbogast)
TwitterFacebookLinkedInRedditWhatsApp

Memorial Day 2022 once again had an impact on the MLB, which, on this occasion, is the only American league that played games on this date. As usual, the Major Leagues paid tribute in their various games scheduled for the day.

Here at JefeBet we share with you some of the most outstanding images on this important day for the American culture, as well as reactions on social media about what happened in the MLB.

The Beautiful Gesture of the Tigers

The Detroit Tigers were one of the teams that gave the most talk on this Memorial Day after the decision they made. The team took to the pitch wearing caps bearing the names of local soldiers who had fallen in battle in a gesture that was greatly appreciated throughout the city.

The Team Symbol on Memorial Day 2022

As part of this Memorial Day, the MLB urged the franchises to wear a rose on their uniforms with the phrase “Lest we forget,” which was seen on the uniforms of the teams that played games on the day as part of the tribute paid by the league.

Even some teams chose to wear this emblem in other clothing apart from uniforms.

Not Everyone Was Happy

With an even number of teams, the most reasonable would be that all franchises saw action this Memorial Day. Nevertheless, an emblematic team in American culture such as the New York Yankees did not have a game scheduled for this day, which caused the outrage of some fans through social networks.

However, others preferred to take the matter with humor, as it is the case with the following user.

A Holiday Show for Fans?

It was a day off work with a full day of America’s favorite sport, and the best thing about baseball is its home runs — which, luckily, there were plenty of on this day.

There were so many homers that some fans joked that MLB brought “gimmicked balls” for this Memorial Day to add to the spectacle, and knowing the league…well, you never know. 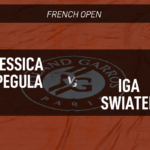 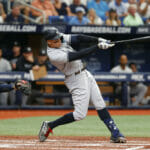