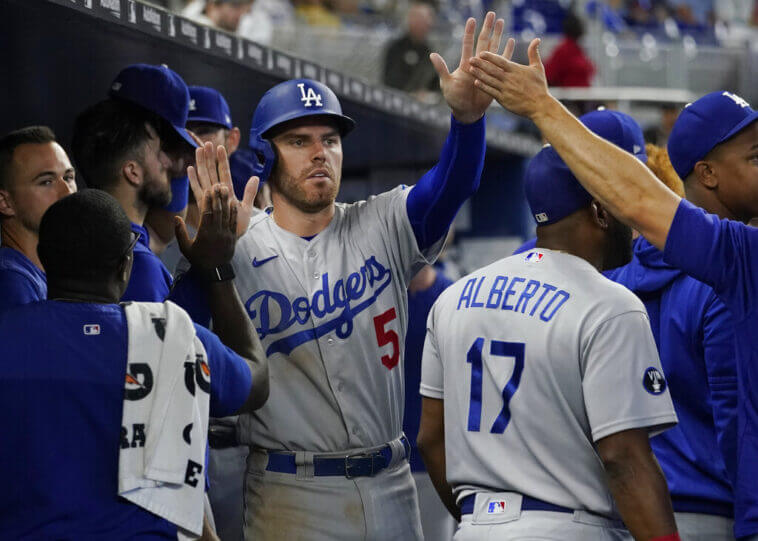 Los Angeles Dodgers first baseman Freddie Freeman (5) is congratulated by teammates after scoring in the ninth inning of a baseball game against the Miami Marlins, Sunday, Aug. 28, 2022, in Miami. (AP Photo/Marta Lavandier)
TwitterFacebookLinkedInRedditWhatsApp

As we reach the middle of August, we can only think that the Major League Baseball season is entering its final stage, as well as our editions of the MLB Power Rankings of JefeBet.

Teams have little margin for error in their postseason aspirations, while others know they have nothing to play for and just want to be a thorn in the side of those who are still in contention.

Based on this, below we’ll show you which teams have excelled and who have been getting worse in the final week of the Major League Baseball season heading into the postseason.

With a record of 89-38, the Dodgers are by far the best team so far this season in the major leagues and have a record of 89-38 and their participation in the postseason is a fact, though there is a lack of statistics to make it official. Last week their performance did not drop and that is why they remain within our MLB Power Rankings with the sixth-best efficiency (2.62) in the entire league and 44 runs scored, the second-highest record among the 30 ninth-place teams.

In the last 30 games, the Cardinals are the second most winning team at 23-7, trailing only the Dodgers. The ninth-ranked St. Louis Cardinals has been a real gale and in the last ten games has a 7-3 record including three consecutive victories. The key has been the offense, as Oliver Mármol’s team is first in the majors in runs scored (51) and home runs (16) and second in SLG (.533) in the last seven days.

Quietly but steadily. The Astros have spent the last few weeks as comfortable leaders of the Western Division of the young circuit and of the overall American League standings, in which they are already four games ahead of the Yankees, with a record of 82-47.

While their offensive production over the last seven days was summed up by 19 runs scored, Houston’s pitching was sensational and ranked third in the majors with just 2.17.

After a couple of weeks in which the Red Sox came within four games of the wild card, Alex Cora’s team lost seven of its last ten games and practically forgot about a postseason berth.

Their biggest problem was their pitching, since in the last seven days their effectiveness of 5.48 was the eighth highest in the circuit, a problem that not even the 30 runs scored by the offense is possible to mend.

While the Nationals’ pitching has improved incredibly, offensive production continues to be a headache for manager Dave Martínez. The Washington team remains with the worst record in the Major Leagues (43-85) largely because over the last seven days its 13 runs scored were the fewest in all of baseball.

The Pirates are not far from matching the Nationals at the bottom of the Major League Baseball standings as the difference between the two is just five games for their 48-80 record. The Pittsburghers have dropped eight of their last ten games and their collective efficiency over the last seven days was 5.82, the fourth highest in all of baseball.

What did they do to counteract it? Practically nothing, as his 17 scored was the fourth lowest figure in the league. 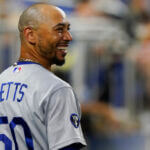 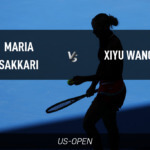