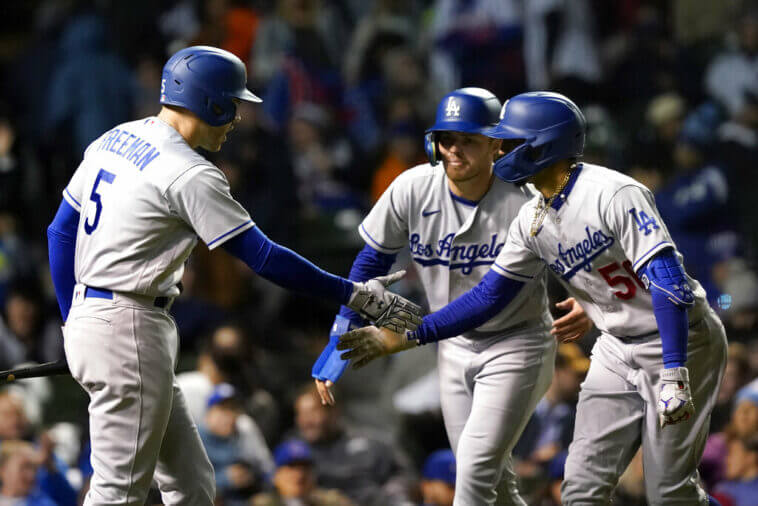 Los Angeles Dodgers' Mookie Betts (50) celebrates his two-run home run with Freddie Freeman (5) and Gavin Lux during the ninth inning in the second baseball game of a doubleheader against the Chicago Cubs on Saturday, May 7, 2022, in Chicago. (AP Photo/Charles Rex Arbogast)
TwitterFacebookLinkedInRedditWhatsApp

This latest edition of the MLB Power Rankings comes after the teams have played close to 50 games by the end of May, a month that was filled with emotions and disappointments around the league.

That is why, in a new edition of our JefeBet Power Rankings, we continue analyzing the most dominant teams of all the Major Leagues and also those who have not managed to break away from the bottom of the league. Join us.

It seems that the Dodgers will be a regular fixture on our MLB Power Rankings podium between now and the end of the season.

The Los Angeles team, favorite to win the World Series this year, has won 13 of the last 15 games, both defeats due to just one run. Mookie Betts and Freddie Freeman haven’t stopped hitting high up in the lineup and their pitching continues to lead in team ERA, at 2.67, for a best record in the National League at 33-14.

While many bet that with Max Scherzer’s injury the team would come to suffer, the Mets have maintained their great pace in this 2022 and remain on the podium of the MLB Power Rankings after sweeping the Philadelphia Phillies this weekend, and winning seven of their last 10 games .

At 32-17, they have the second-best record in the National League. The Atlanta Braves, their closest challenger in the Eastern Division, are eight and a half games behind.

Although the Yankees still have the best record in the entire American League at 33-15, in the last two series against the White Sox and the Rays their game was a bit flat. However, the Bronx Bombers remain on our MLB Power Rankings podium by leading the East Division of the young circuit and being the third-best collective pitching in all of the Major Leagues.

Before starting the day on Monday, the Royals were just a half game away from the worst record in all of the Major Leagues, having a record of 16-30. While not much was expected of this team, neither was it expected to be at the bottom of the AL Central standings after losing six straight and eight of its last ten games.

In addition to having the third worst team ERA in the entire league, neither Salvador Pérez nor Whit Merrifield have been able to help with the wood.

The Rockies, despite being far from having the poorest record in the National League (21-26), have fallen apart after a promising start to the season, losing seven of their last ten games and falling to the bottom of the old circuit’s Western Division.

In addition to Kris Bryant’s injury, the Rockies have the second-worst ERA in all of Major League Baseball, something that not even the tenth-best offense in runs scored can make up for.

The Tigers are a team undergoing restructuring and their performance this season proves it. They are among the season’s worst teams, with an 18-29 record, and nothing better is expected of them if they can’t get solid at-bats.

Although they have the ninth-best team ERA in the league, they are last in runs scored with 125 and are last in homers connected with just 27 through 46 games played. 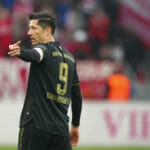 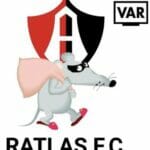