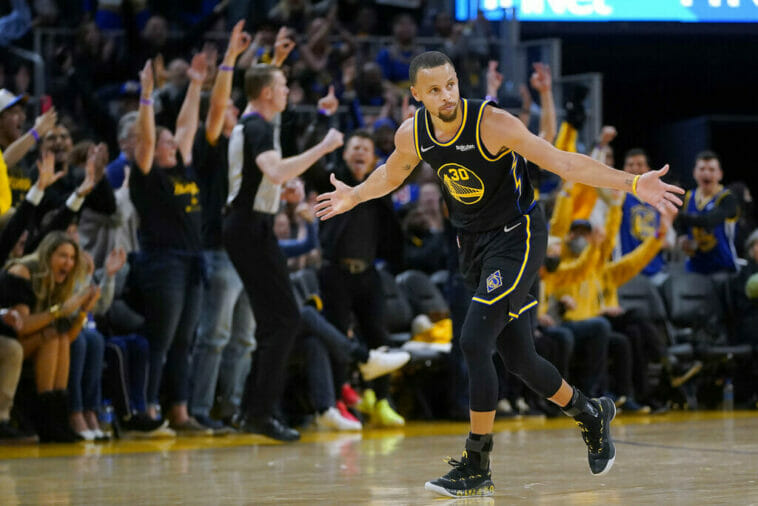 Utah Jazz's Rudy Gobert (27) and Donovan Mitchell (45) celebrate a basket by Mitchell in the second half of Game 1 of an NBA basketball first-round playoff series against the Dallas Mavericks, Saturday, April 16, 2022, in Dallas. (AP Photo/Tony Gutierrez)
TwitterFacebookLinkedInRedditWhatsApp

This Saturday, April 16, the first game of the NBA 2022 postseason was played, where two young players recorded stellar performances that led their respective teams to victories: Jordan Poole for the Golden State Warriors, and Tyrese Maxey for the Philadelphia 76ers.

In addition, the Minnesota Timberwolves rode the momentum of the play-in tournament to a super-important win at the Memphis Grizzlies’ home.

The Utah Jazz relied on an impressive offensive performance on part of Donovan Mitchell to defeat the Dallas Mavericks with a final score of 99-93.

Mitchell was the most outstanding player of the game at the American Airlines Center finishing with 32 points, 6 rebounds and 6 assists. Frenchman Rudy Gobert also shined, but on the defensive end with an impressive 17 rebounds and 3 blocks.

On the Texans’ side, as Luka Doncic was absent, Jalen Brunson led the offense with 24 units and 7 rebounds.

Timberwolves Explode with 130 Points in Win over Grizzlies

The Minnesota Timberwolves displayed all their offensive power to pull off a surprise victory at the home of the Memphis Grizzlies with a final score of 130-117.

Sophomore Anthony Edwards maintained the level he showed recently in the play-in tournament. He finished the game with 36 points, thanks to 12-of-23 shooting from the field and a perfect 8-of-8 from the free throw line.

As for Karl-Anthony Towns, he also played at an out-of-character pace, in his case for a double-double of 29 points and 13 rebounds.

On the Grizzlies side, Ja Morant registered a losing cause of 32 units and 8 assists.

In the third game of the NBA postseason scheduled for Saturday, the Philadelphia 76ers overcame the Toronto Raptors with a final score of 131-111, in a game that featured young Tyrese Maxey, who made 14 of 21 shots from the field for a total of 38 units. While MVP candidate Joel Embiid signed a double-double of 19 points and 15 rebounds.

This series that pits the 4 and 5 of the Eastern Conference will continue its course this Sunday, April 17 at 7:30 p.m. (U.S. Eastern Time).

Warriors Win in the Return of Stephen Curry

With the confidence generated by Curry’s return, the Golden State Warriors defeated the Denver Nuggets in the first of the first round series with a comfortable score of 123-107.

Jordan Poole and Klay Thompson combined to make 10 three-pointers on 17 attempts, while Stephen Curry had a modest line of 16 after making 5-of-13 field goals and 3-of-6 three-point shots.

This duel will continue on Sunday, with kick-off time at 10 p.m. (U.S. Eastern Time). 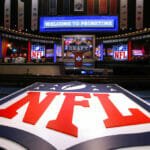 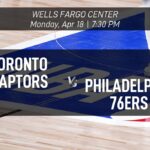