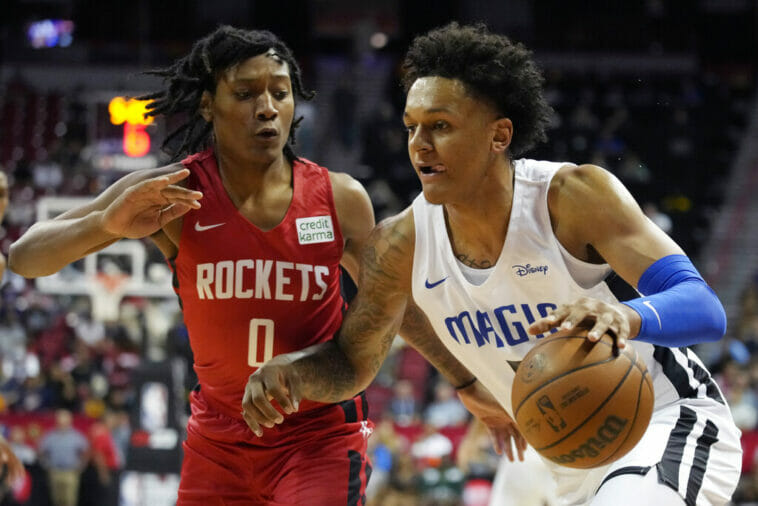 Just in a matter of hours, the Las Vegas betting odds for NBA Rookie of the Year 2022-23 changed dramatically following the announcement of Chet Holmgren’s injury,the second overall pick of the Oklahoma City Thunder in the last draft. The player will miss the entire season after suffering a torn ligament in his right foot.

In Las Vegas. Paolo Banchero profited the most from Chet Holmgren’s injury. After his Summer League success and the absence of the Thunder’s player, the Orlando Magic’s first overall pick from last year’s draft is suddenly the favorite.

Banchero is an outstanding candidate for the award since he can contribute successfully below the basket, and he can also score points by shooting from long distance or assisting his teammates with great quality.

Despite being taken as the fourth overall pick of the last draft, at the time, Keegan Murray wasn’t considered one of the top favorites to win the 2022-23 NBA Rookie of the Year.

However, his performance with the Sacramento Kings during the Summer League, in which he earned merit to enter the discussion for the tournament’s MVP, put him in the spotlight. Murray should not only guarantee good play under the boards for the Kings, but also consistency in his mid and long-range shooting

Expectations are high to see Jaden Ivey play alongside Cade Cunningham this season. The Pistons selected Ivey as the fifth overall pick, and his ability to score regularly and get to the boards quickly makes him an ideal contender to compete for the NBA Rookie of the Year award in 2022-23.

In addition, being alongside a young talent like Cunningham could make him play with more confidence on the backboard.

Jabari Smith seems to have ended up on the ideal team to develop his lethal offensive skills. Many expected the third overall pick in last year’s draft to be the No. 1 overall pick, but with the Rockets, along with Jalen Green and Kevin Porter, the Auburn grad could deploy all of his long-distance artillery to enter, firmly, into the discussion for the NBA Rookie of the Year award.

With such good names in the top spots, one can understand a bit about Bennedict Mathurin’s position in Las Vegas. Keep a watch on the Pacers’ sixth overall pick in last year’s draft, as the team is in the process of revamping and will offer plenty of playing time to its young players.

The Canadian can score in a variety of ways on the boards, and playing with Tyrese Haliburton, who loves to dole out assists, might help him rack up points.

Being low profile in New Orleans could help Dyson Daniels have a great season with the Pelicans and sneak into the NBA Rookie of the Year voting.

While the Australian is expected to start in the G-League, it shouldn’t be long before the Pelicans need his qualities, especially defensive ones. Daniel is a player who can adapt to any offensive system and should have no problem being the team’s starting point guard at some point during the season.

The biggest fears about Chet Holmgren’s physical condition were confirmed Thursday, when the Oklahoma City Thunder announced that the second overall pick in last year’s draft would miss the 2022-23 season due to a Lisfranc injury to his right foot.

Through a statement, Sam Presti, general manager of the organization, revealed that the injury occurred last Saturday in the game of the pro-am event, where several NBA stars participated. The injury occurred when Holmgren was defending LeBron James on a counterattack and planted his right foot before jumping to defend the Lakers star’s shot.

Presti added that in the coming days the young player will undergo surgery to repair the damage that originated in the ligaments of his foot and that he will be ready to start with the team for the 2023-24 NBA season. 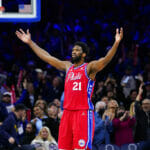