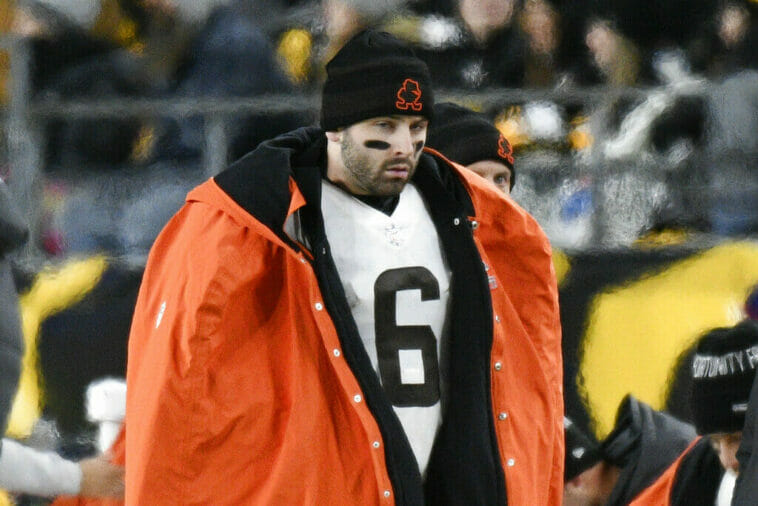 It has been known for several weeks now that the Carolina Panthers have a clear objective to reinforce their team on this preseason. For years, the quarterback position has been Scott Fitterer’s (the organization’s general manager) worst nightmare; nevertheless, the organization believes that if they get a star prospect or an established starter, the team’s direction will begin to change in the correct direction.

Carolina Panthers will not pursue Baker Mayfield prior to 2022 Draft

However, despite the fact that Carolina has been noted as the front-runner to acquire the ousted QB from the Cleveland Browns, Baker Mayfield, the latest reports from around the team expect that Panthers to do their job without any drawbacks in the first round of the 2022 NFL Draft (with the sixth overall pick in their possession) and that they might even wait until the end of the draft to then try to get an established player at that position.

So far, no contact has been made between the two teams, and no offer has been made by the Panthers or any other NFL team. This event is considered “regular” by league insiders because it occurs just days before the start of the prospect competition.

Anyways, this aren’t bad news for Mayfield. The same sources who broke the news of the halting of interests in him prior to the draft expect the market to get active again once the draft concludes, with more teams interested in acquiring the 27-year-old pitcher. Another option that has been rumored for the Carolina franchise has been San Francisco 49ers backup quarterback Jimmy Garoppolo, who might see his options expand after the draft.

Mayfield has been sidelined by the Browns since they acquired Deshaun Watson from the Houston Texans more than a month ago. Cleveland was looking to move in another direction which did not include the presence of the first overall pick in the 2018 draft, and while his performance has not been poor on paper (6-8 record, 3010 yards, 253 pass completions on 418 attempts (60.5% completion rate), 17 touchdowns with 13 interceptions) this is not the growth they were hoping he reached during his fourth season as a pro.

A change of scenery could be just what Mayfield needs to regain the level that made the Browns trust him early in their partnership. Carolina could be the perfect place for his skills as a passer and offensive leader to sharpen, but for the time being, he will have to wait for the Panthers or other organization to finish its draft in order to re-analyze his future at the position.

For Carolina, the hope is that they no longer have to rely on a rotation of three different quarterbacks in multiple seasons, and actually find someone who can remain a starter for at least two seasons without major problems or controversy at the position. The question remains whether that would be possible with a team like the Panthers. 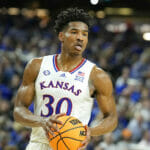