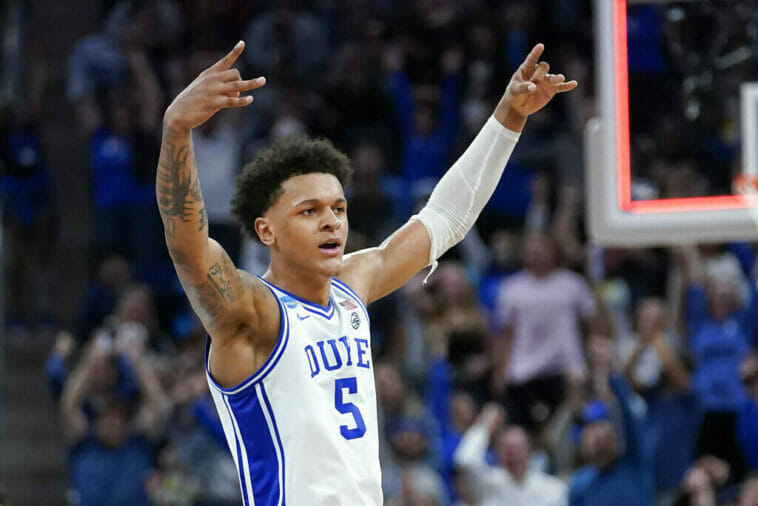 Duke forward Paolo Banchero shoots over Michigan State forward Joey Hauser during the first half of a college basketball game in the second round of the NCAA tournament on Sunday, March 20, 2022, in Greenville, S.C. (AP Photo/Chris Carlson)
TwitterFacebookLinkedInRedditWhatsApp

It was only a matter of time as he was one of the most highly rated and followed prospects in the nation within the NCAA: the power forward from Duke University, Paolo Banchero, who spent most of the season linked as an elite prospect and would be a top target for any of the teams with the first overall picks in the 2022 NBA draft. All that remained was the player’s registration to make his future official, and today it was official.

The #5 of the Duke Blue Devils confirmed a few minutes ago his participation in the upcoming NBA Draft through his social networks as it has been the custom for most of the prospects who aspire to have a chance to be selected in this year’s contest. Along with Jabari Smith Jr. (Auburn University) and Chet Holmgren (Gonzaga University), Banchero is one of the candidates to be the first overall selection in 2022.

”What a season! You know, just playing on some of the biggest stages in front of you guys. The best fans in the world. With my brothers, I couldn’t ask for anything more. It was really a blessing, man. I got so much to be thankful for. First, my mom, my dad always being there for me and supporting the dreams that I’ve had growing up. Next, my coaches, coach Scheyer, C-Well and Amile. And thank you guys for being there all year, pushing me to be my best. You guys became big brothers to me and I will cherish that forever.

Coach K (Mike Krzyzewski), it was an honor to be a part of your final season. Thank you for pushing me every single day, expecting nothing but the best out of me. Thank you to my teammates, my brothers, you guys made this experience better than I could ever imagine. Playing on the biggest stages with you guys, going to war with you guys every game in, game out. I couldn’t ask for anything more. We hung two banners, won Championships, fought with you guys, laugh at you guys, cry with you guys forever.

Paolo Banchero’s Achievements in the NCAA

In his lone season with the Blue Devils, Banchero averaged 17.2 points, 7.8 rebounds, 3.2 assists, 1.1 steals and nearly a block (0.9) on 47.8% efficiency from the field and 33.8% on three-pointers during 39 games played in the 2021-2022 campaign of the NCAA. He became one of the most complete players and he is undoubtedly the offensive leader at Duke University, earning several individual honors along the way:

The 19-year-old is the second Duke University player to declare himself eligible so far for the upcoming NBA draft, with center Mark Williams becoming the first just a couple of days ago. It remains to be seen who will be the lucky team to select the young power forward on June 23rd when the NBA prospect contest will take place. 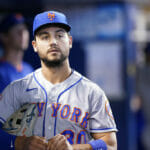 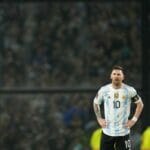