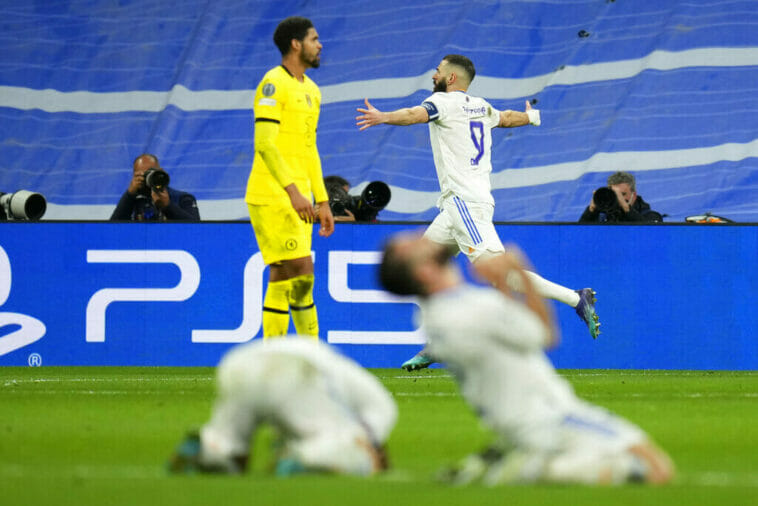 The UEFA Champions League saw the first two second legs of the quarterfinals: Real Madrid vs Chelsea and Bayern Munich vs Villarreal. The Spanish clubs went into these matches with the advantage on aggregate, having done an excellent job in their first leg matches. Madrid had beaten the reigning European champions 1-3 at Stamford Bridge, while the modest “Yellow Submarine” had defeated the German club by the minimum, being the great surprise of the quarterfinals.

It was a magical European night, as UEFA Champions League nights usually are, in which Real Madrid, despite a scare, prevented the European champions from staying alive, while Villarreal, against all odds, knocked out Bayern Munich.

In the first leg of the UEFA Champions League quarter-final, Real Madrid had won with authority against Chelsea by a score of 1-3 at Stamford Bridge, and for many the series was decided. However, Champions League matches always have magic to them and even the impossible can happen.

Knowing they were behind, the English team was obliged to go forward to try to score the first goal that would allow them to dream of a comeback, and they did just that. In the 15th minute, Mason Mount scored the first goal for Chelsea. There was still a lot of story to be told, but the first step had already been taken.

Both teams kept trying in the following minutes, generating a wide variety of emotions for those present at the Santiago Bernabéu. It became a back and forth game, but the scales were tipping in favor of the English who looked a little more accurate.

Once again, in the second half, the “Blues” began to press and in the 51st minute they made it 0-2, which was 3-3 on aggregate, thanks to a header by Antonio Rudiger. The European Champion was still standing firmly.

It seemed that this might cause Real Madrid to lose concentration, but this was not the case, they continued to do their job, and once again the ball was constantly changing hands. In the 62nd minute, Marcos Alonso had put things 0-3 in favor of the visit, but the VAR annulled the action for a previous handball.

The English team did not relax and in the 74th minute, Timo Werner now made the game 0-3, with which Chelsea took the lead for the first time on the aggregate score 3-4.

That score resulted in a 4-4 draw on aggregate and after 90 minutes they had to go to extra time.

Real Madrid took advantage of the boost provided by Rodrygo’s goal and approached the last half in the best possible way.

In the 96th minute, France’s Karim Benzema headed the ball into the net to make it 2-3 and 5-4 on aggregate.

Chelsea tried in the second half of extra time but goalkeeper Thibaut Courtois was alert and prevented his goal from falling again.

Jorginho had the last chance for the “Blues” but the ball went wide. Real Madrid thus advanced to the semifinals of the UEFA Champions League, eliminating the defending champions.

Villarreal’s Last-Minute Tie in Germany to Advance to Semifinals

Villarreal had pulled off a surprise in their home match at the Estadio de La Cerámica, defeating Bayern Munich 1-0, who were the clear favorites to win this edition of the UEFA Champions League. Although the advantage was minimal, they knew the job to be done perfectly: they had to defend as they did during the first 90 minutes of the series.

Bayern had the obligation to go forward and had the advantage of being at home, in front of their people, but in front of a yellow wall that would try to avoid all the attacks. The German team tried everything they could, but found themselves up against an attentive defense and a superb Gerónimo Rulli who stood firm in goal during the first 45 minutes.

The first half ended without the special guest, much to the relief of the Spaniards, as the clear chances went to the home side.

The Germans’ insistence continued from the start of the second half, and in the 52nd minute, Poland’s Robert Lewandowski fired in a low shot to make it 1-0 and level the aggregate score at 1-1.

In the following 10 minutes, the German team used all its offensive power, but between offside and deflected shots, the goal defended by Rulli was not in danger.

Villarreal took the lead in the final stretch of the game, and Arnaut Danjuma got off the mark and shot, but the ball went just wide of the left post.

The score remained 1-1 on aggregate and if the 90 minutes were to end like that, the match would go to extra time, so the “Yellow Submarine” looked for a goal at all costs.

What they accomplished in the 88th minute. Gerard Moreno found Samuel Chukwueze in space, who made no mistake and scored the goal that gave the Spanish team a partial lead on aggregate. Four more minutes were added, but everything remained the same and Villarreal managed to defeat Bayern 2-1 on aggregate. 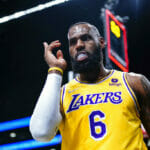 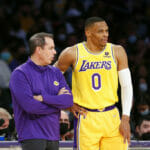