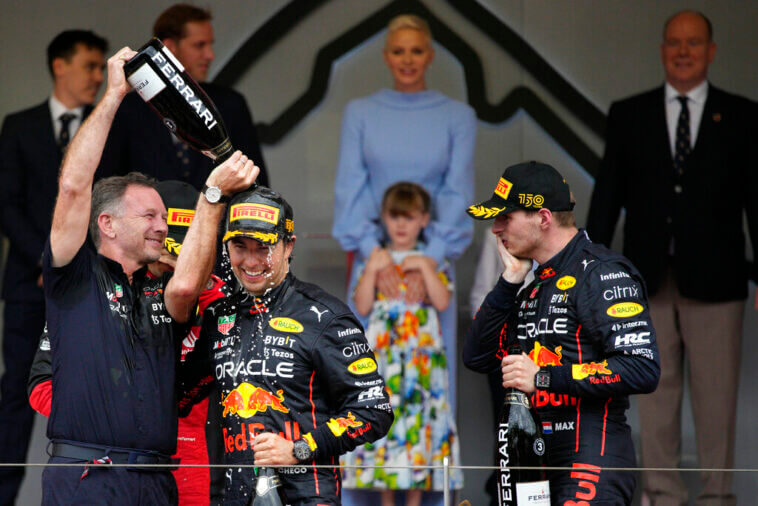 Red Bull driver Sergio Perez of Mexico celebrates on the podium as Team chief Christian Horner of Red Bull Racing sprays champagne on his head after winning the Monaco Formula One Grand Prix, at the Monaco racetrack, in Monaco, Sunday, May 29, 2022. (AP Photo/Daniel Cole)
TwitterFacebookLinkedInRedditWhatsApp

Sergio Pérez and Max Verstappen are competing this 2022 F1 season for the Drivers’ Championship, but according to the Austrian team, it is assured that the main objective of the two drivers is the team’s success.

Mexican driver Sergio “Checo” Pérez and his Dutch teammate, Max Verstappen, did a great job together in the 2021 F1 season, in which Max was crowned champion of the world. Teamwork has been kept until now and both drivers have shown a good relationship, despite the fact that this year there seems to be no distinction between driver 1 and driver 2, that is, neither of them has a supporting role.

After the Spanish GP, where Red Bull engineers asked Pérez to give up the position to Verstappen so that he would win the race despite the Mexican’s good performance on the track, there was a lot of talk about this since it annoyed the Aztec pilot, and it was likely that the relationship with his partner would change.

Red Bull senior adviser Helmut Marko denied such rumours, especially after the Mexican signed an extension with the team until 2024.

Marko commented to OE24 that the Dutchman is confident and that he is calm to have Checo as a teammate.

Max stays cool with it. He has enough confidence in himself.

And while the world champion is calm, so is the team, as Marko was excited to have Checo Pérez and Max Verstappen as his drivers.

The Friday before the Monaco Grand Prix we gave him a contract extension. He was more motivated after this. It is very good to have this duo of pilots. We have already achieved five wins this year.

Checo Pérez and Max Verstappen have Red Bull in first place in the constructors’ championship with 235 points, despite the fact that in the first race of the season they were left without scoring points as both drivers had to leave due to a problem in their cars.

After the Mexican’s victory in the Monaco GP, the two drivers talked about the good relationship they have, beyond the fact that they are now fighting for the world championship, since Verstappen leads with 125 points and Pérez is in third place with 110.

The pilots joked that they are still “in love”, dispelling any feud rumors.

If you are looking for more content of this type, we invite you to follow us on our YouTube channel, where we have much more to offer you about your favorite sports. What are you waiting for? We are JefeBet . 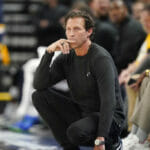 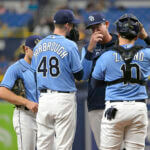