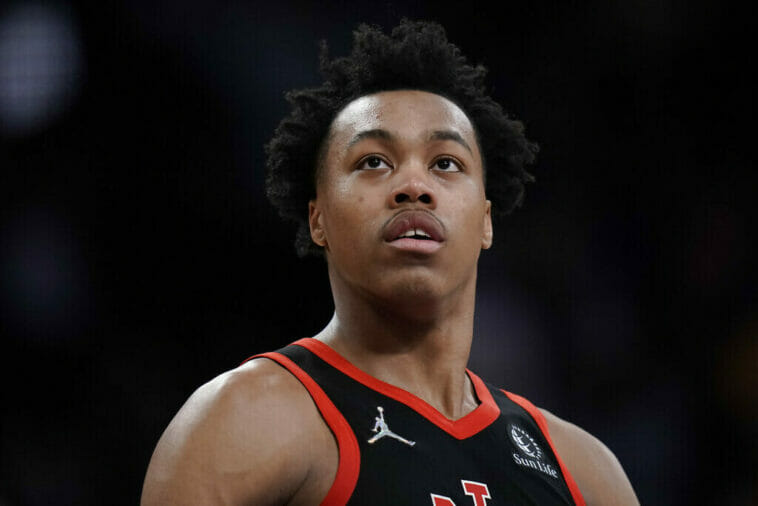 Just a few minutes ago, the winner of one of the most hard-fought awards that would take place this season in the best basketball in the world was announced: Scottie Barnes, an intern with the Toronto Raptors, has been named the NBA Rookie of the Year for the 2021-2022 season, after an impressive debut campaign in which he represented a key pillar of the Canadian team in its postseason qualification.

Why Is Scottie Barnes the Right Choice

Selected with the fourth overall pick in the last NBA draft, Barnes made his impact on Nick Nurse’s team immediately, securing a spot in the starting lineup as quickly as he could, and has since become one of the key contributors throughout the campaign for Toronto: averaging 15.3 points, 7.5 rebounds, 3.5 assists, 1.1 steals and 0.7 blocks on 49.2% efficiency from the field and 30% on three-pointers through 74 games.

Barnes’ contribution is best summed up by how mature his style of play has been since stepping foot on the court: the power forward seems to have the soul of a veteran with his offensive and defensive moves, who, at such a young age, already manages the team’s possessions in a multifaceted way. Even NBA superstars like LeBron James have complimented the 20-year-old rookie on how extremely polished his game is so early in his career.

Among the rest of the rookies, Barnes was the third best scorer, second best rebounder, third best assist man, and third best in steals. His consistency was key to taking Rookie of the Year honors, with his direct competitors participating in 69 (Evan Mobley) and 64 (Cade Cunningham) games respectively.

Among the other highlights of the power forward’s campaign it must be highlighted that Barnes is the first rookie to average 35 minutes on a team in the playoffs for the first time in the NBA since Derrick Rose with the Chicago Bulls in the 2008-2019 campaign (who also won Rookie of the Year). There is only one other rookie who accomplished that at the time: Carmelo Anthony with the Denver Nuggets in the 2003-2004 season.

Scottie also becomes just the third member of the Raptors to win the award, with Damon Stoudamire (1996) and Vince Carter (1999) as the other players to complete the feat.

Hailing from Florida State University Barnes was not an NCAA superstar but excelled in his only year with the Seminoles averaging 10.3 points, 4 rebounds, 4.1 assists and 1.5 steals, being named to the All-ACC and All-ACC Freshman quintet, in addition to earning Rookie of the Year and Sixth Man of the Year honors within the same conference.

Barnes’ future is bright — an adjective that falls far short of the possibilities that Scottie has in the NBA –, and from now on he will be one of the most important pieces in the present and future of the Toronto Raptors. This is only the beginning of his brilliant trajectory. 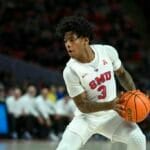 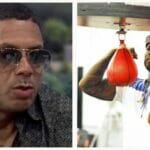