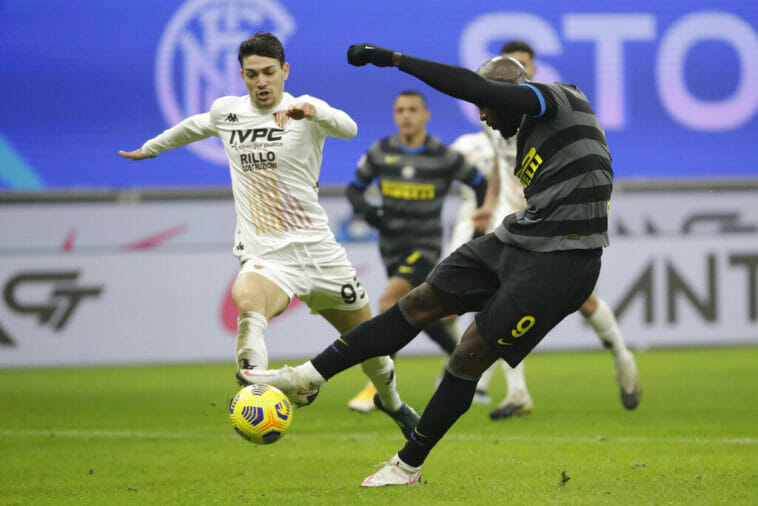 Inter Milan's Romelu Lukaku scores the fourth goal for his team against Benevento during a Serie A soccer match between Inter Milan and Benevento at the San Siro stadium in Milan, Italy, Saturday, Jan. 30, 2021. (AP Photo/Luca Bruno)
TwitterFacebookLinkedInRedditWhatsApp

The fight for Serie A 2022-23’s top scorer title will be more than interesting this season, as the Italian league has world-class strikers who will surely fight side by side to be recognized as the “Capocannoniere”.

Considering how tight the outlook looks, it is fair to detail who are the favorites before the start of this new Serie A season, so, at JefeBet, we provide you with this information along with their odds and their respective analysis so that you can take into account all the necessary factors. Without further ado, let’s get started.

After an unsuccessful year in England with Chelsea, Romelu Lukaku returned to his happy place in Italy to rejoin Inter Milan. During his two-year stay in Serie A with Inter, Lukaku scored a total of 47 goals in 72 league appearances, finishing in the top 3 of the top scorers in 2019/20 and 2020/21.

Now that he’s back, he’ll hope to win the Capocannoniere award that has eluded him for so long, and considering the team that surrounds him, his chances are quite high.

The other leading candidate according to bookmakers is Juventus’ Serbian Dusan Vlahovic, who looked firmly on course to take the award during the first half of the season. After his move to Juventus from Fiorentina, though, the young striker failed to keep up the pace, finishing second on the list of top scorers with 24 goals.

However, Vlahovic has already had time to get to know his new team and to adapt to the “Vecchia Signora”, and now with this 2022-23 Serie A season starting from scratch, he will surely try this time to be more consistent throughout the year.

This season could be a historic one for Ciro Immobile, as the veteran Italian striker is one Capocannoniere title away from equaling Gunnar Nordahl as the highest winner of the award with a total of five. He last won the title in the 2021/22 season, scoring 27 goals to finish ahead of Dusan Vlahovic.

However, there is one interesting fact regarding the Lazio striker: all his Serie A top scorer awards were recorded in even-numbered years (2014, 2018, 2020, 2022). If you believe in such things, you probably won’t participate in this discussion; however, the 20 or so goals he’s scored in five of six seasons with Lazio are an undeniable fact.

Since arriving at Inter Milan in the 2018-19 Serie A season, Lautaro Martínez’s goal-scoring numbers have been steadily increasing. Last season, he had his greatest season in terms of goals scored, with 21, placing him third in the battle for top scorer honors.

However, it should be noted that with Lukaku back, Martinez will not be considered as the team’s main offensive referent, so he could experience a decrease in his goal production.

The fifth and final player on this list of candidates for the top scorer in Serie A 2022-23 is an old striker familiar to the league, who, unlike Martinez, has seen his numbers decline season after season.

Duván Zapata arrived at Atalanta on fire, scoring 23 goals in his first season with “La Dea” in 2018-19, but his Serie A goals have subsequently dipped to 18, 15, and 10 in 2021/22. Aside from that, Zapata is a proven striker in Italy, and with Atalanta having more time to rest this season due to not competing in European competitions, he could be back to his best. 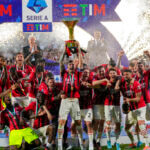 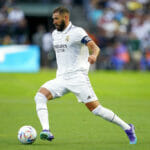