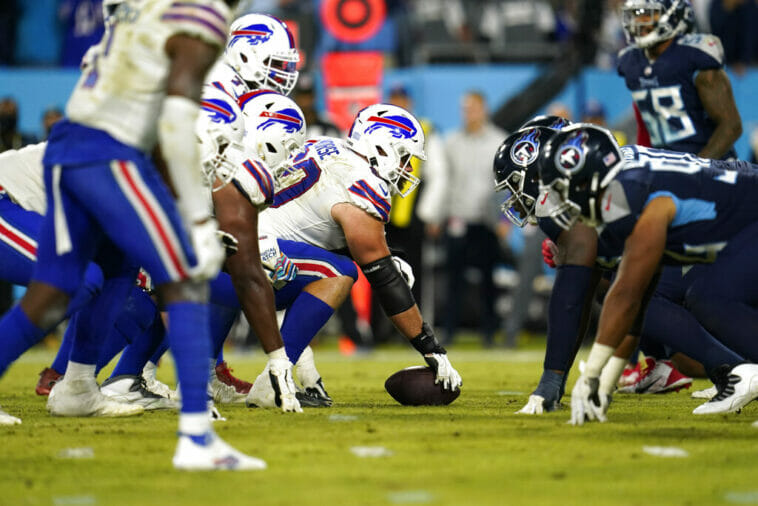 Buffalo Bills center Mitch Morse (60) lines up over the ball at the line of scrimmage during a Monday Night NFL football game against the Tennessee Titans, Monday, Oct. 18, 2021, in Nashville, Tenn. (AP Photo/Matt Patterson)
TwitterFacebookLinkedInRedditWhatsApp

Two of the favorite teams to fight for the AFC this season, Titans vs. Bills, face off next Monday in one of the duels of Monday Night Football doubleheader of the NFL’s Week 2.

After finishing with the best record in the American Conference last season, the Titans did not get off to the best start of the season losing at home by 21-20, against the Giants, while the Bills consolidated their candidacy as favorites to win the Super Bowl after crushing the reigning champions, the Rams, 31-10 as visitors.

With the second Monday Night Football matchup closer than ever, JefeBet is no longer late and gives you the best sports and betting preview for Tennessee Titans vs Buffalo Bills.

Odds given by Caesars Sportsbook

In one of the most surprising results of the first week of the NFL, the Titans were unable to beat the Giants, allowing the last 13 points of the game and coming away with the loss.

The setback is not only a hard blow for Tennessee for losing in front of their fans, but this Monday they must visit a tough Bills team and the chances of going 0-2 are high. What should they do? The first thing is to wait for the awakening of Derrick Henry, the stellar running back who was held scoreless by New York for 82 yards on 21 carries.

The Titans’ defense also failed to respond at the right time, because although they forced two turnovers, they allowed 394 yards to their opponents. Something that must improve significantly if they do not want to be beaten by the powerful offense led by Josh Allen.

The Bills sent a wake-up call to the entire league when they comfortably won their first game of the season against the Rams, reigning champions and also favorites to repeat as NFL champions.

On the offensive side Allen did not start off very well, but little by little he got stronger and stronger to finish with three touchdown passes and 297 yards out of the 413 his team finished with. A performance he could easily repeat if Tennessee’s defense does not improve compared to the game against the Giants.

The Bills’ offense is one of the most powerful in the NFL and against the Titans’ defense that generated many doubts at home, Monday’s points could be several. On the Tennessee side, if Henry can show up these will also add a few touchdowns. Because of this in the last two seasons the two clashes between the two teams ended with more than 58 points. 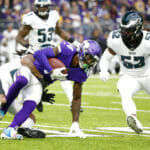 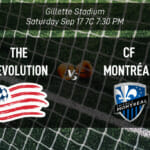