The Major League Baseball market has been revolutionized in recent seasons with multi-million dollar deals, and, taking advantage of Julio Rodriguez’s extension with the Mariners, JefeBet has put together a list of the best Latino contracts in MLB. Don’t miss it!

While Rodriguez’s contract guarantees less money than the names we will mention now, the young Dominican has the opportunity to extend it to an exorbitant figure. That’s why we didn’t want to leave out these other Latinos who surpassed the $200 million dollar mark.

The Mariners’ young superstar shocked the Major League Baseball market on Friday, August 26, after the organization announced a multi-million dollar contract extension that guarantees him $210,000,000 million for the next 12 seasons.

However, it’s not all there, as between MVP bonuses and contract options for both the outfielder and the team, this could reach over $400,000,000 million dollars. Not bad for a 21-year-old.

Alex Rodríguez ranks fourth on our list of the best Latino contracts in MLB with two different teams. The first of these was agreed in 2001, with the Texas Rangers, for 10 seasons and $252,000,000 million dollars.

In the 2019 season, Manny Machado signed with the San Diego Padres the largest contract in the organization’s history and the largest for a free agent at the time. After seven elite seasons with the Orioles and a brief internship with the Dodgers, the Dominican was able to sign a 10-year, $300,000,000 million dollar contract with the Californians.

With just two seasons in the Major Leagues, the San Diego Padres didn’t want to miss the opportunity to show Fernando Tatis Jr. their claims that he would be the franchise’s longtime player, and prior to the 2021 campaign they signed him for 14 seasons and $340,000,000 million.

Not an insignificant figure for a 22-year-old who will return to free agency when he is 36 years old.

When the New York Mets had the opportunity to acquire Francisco Lindor’s services via trade from Cleveland in January 2021, the “Big Apple” organization did not hesitate to offer a million-dollar contract to the Puerto Rican shortstop to keep him in their ranks for a long time. 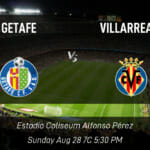 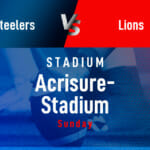