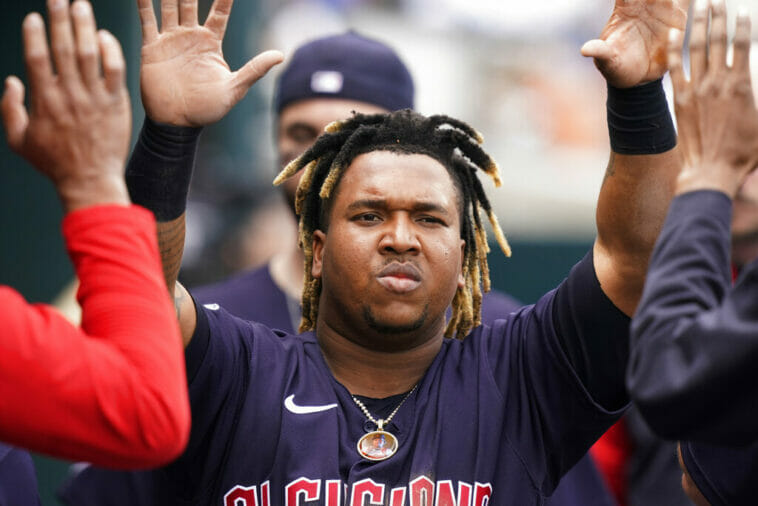 Cleveland Guardians third baseman Jose Ramirez is greeted in the dugout after scoring from second on a single by Josh Naylor against the Detroit Tigers during the fourth inning of a baseball game Saturday, May 28, 2022, in Detroit. (AP Photo/Carlos Osorio)
TwitterFacebookLinkedInRedditWhatsApp

The last week of May is already gone, and the Major League Baseball continues to give its recognition as“MLB Player of the Week” to the baseball players who had an outstanding performance in their respective leagues, and this time two old teammates were chosen for the corresponding week of May 23-29.

We’re talking about Francisco Lindor, shortstop for the New York Mets, and José Ramírez, third baseman for the Cleveland Guardians, who were teammates in Cleveland for a long time and who continue to shine today with their respective organizations.

Although Lindor’s first campaign with the New York Mets was not the best, this season, the Puerto Rican is making use of the 34 million dollars he earns a year and he has been a fundamental part of the team’s success, and his performance last week was remarkable.

For the week, Lindor had a .346/.407/.870 batting average and drove in one run in every game he appeared in, giving him the chance to drive in runs in eight straight games. This has helped him boost his overall numbers, as going into Tuesday’s game, Francisco Lindor is batting .262/.350/.450 with 40 RBIs and 8 home runs.

This is the third time in Lindor’s career that he has earned player of the week honors, the previous two times coming when he was playing for the Cleveland Indians (now the Cleveland Guardians), and he earned the distinction in consecutive weeks in May 2018.

Can Anybody Stop José Ramírez? After the departure of his former teammate from the franchise, the Dominican remained the main reference of the team and this season he has carried the weight of the Guardians’ offense.

During the week, Ramírez had a .348/.423/.957 batting average with three home runs, 11 RBIs, three stolen bases, three walks and just one strike. In fact, the third baseman has struck out just 15 times in just over 100 at-bats this season.

Those 11 RBIs helped him become the leader in this department in all Major Leagues, being the first player to reach the 50 mark in this MLB campaign. Additionally, Ramírez is tied for the most 3-pointers this season with four, making his second Player of the Week honor in 2022 more than deserved. 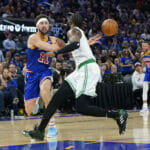