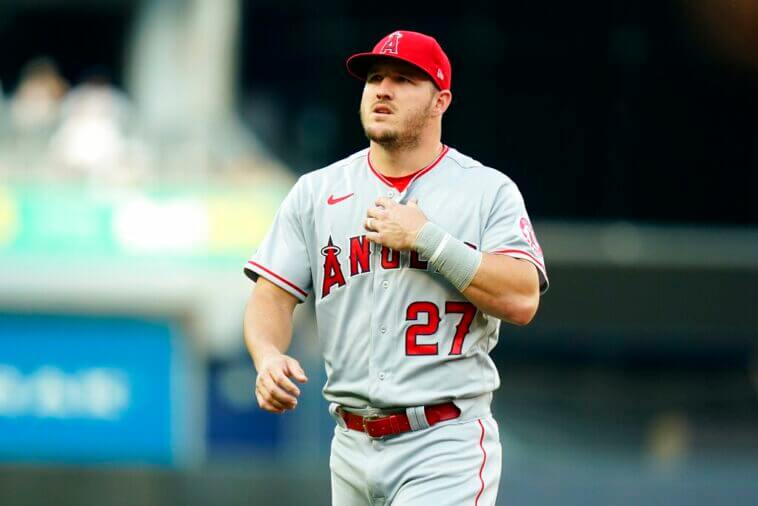 The eloquent story between Tommy Pham and Joc Pederson has a new protagonist since Tuesday: Mike Trout.

Asked by Bobby Nightengale, from the Cincinnati Enquire, about more intrigues of the great history of Fantasy Football in the NFL, Pham pointed out that the player of the Anaheim Angels is the commissioner of the league and that he is the worst fulfilling those functions.

Trout did a terrible job, man. Trout’s the worst commissioner in fantasy sports. Because he allowed a lot of s–t to go on and he could’ve solved it all. Nobody wanted to be commissioner, I didn’t want to be the f—ing commissioner. I’ve got other s–t to do. He didn’t want to do it. We put it on him. It was kind of our fault too, because we made him commissioner.

Let’s keep in mind that last Friday, prior to the commitment between the Reds and the San Francisco Giants, Pham approached the gardens and slapped Joc Pederson for a dispute related to the league, of which both are part.

Pham alleged that Pederson made turbulent moves in a $10,000 buy-in league and that Trout failed to enforce its rules as commissioner.

Mike Trout Did Nothing about Pederson’s Offensive Messages

While Pederson delivered a message to the media, Pham emphasized that there were four or five dirty jokes on the subject, all without receiving any adverse comment from Mike Trout.

There was more than one. I got screenshots to prove it. He sent more than a few texts or jokes aimed at me or the Padres. That was only one. There were four or five.

Pham finished serving a three-game suspension imposed by MLB on Monday due to the incident with Pederson, which he confessed to wanting to leave behind once the problem was resolved.

That’s something you really have to leave behind. Everyone in that group chat knows about it. Some of those guys contacted me and know what’s up.

Mike Trout has already answered Pham, and he seems to be more annoyed with the fact that the media ask him about this topic than with the accusations of the Reds outfielder.

I don’t know what to say about this anymore, everyone loves Fantasy Football and it’s very competitive, it’s one of the reasons I love it. I think it’s you guys dragging it on.

I haven’t made that decision. I don’t know. Every commissioner I know always gets booed. Everyone including Tommy (Pham) and Joc (Pederson) are very passionate about this, myself included too, because I ended up losing the league.

It looks like this is where the big league feud caused by a fantasy football league will end once and for all, or at least until Tommy Pham gets bored again. 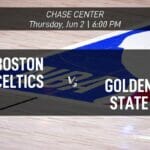 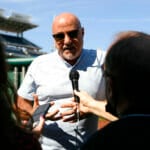