The UEFA Champions League ended with Real Madrid’s 1–0 victory over Liverpool. The Spanish squad not only won the “Orejona,” but some of its players were also named the best in the competition in the 2021/22 season.

After the UEFA Champions League final, UEFA technical observers selected the players who had played the best throughout the competition to form the Team of the Season for the 2021/22 season of the greatest European club championship.

The technical observers took on the task of analyzing the performance of each of the players who participated in the tournament and regardless of what stage they reached, they chose those who were key pieces for their teams.

The champion team, Real Madrid, has four of its members in the Best Eleven. Who are they?

The first, and rightfully so, is Belgian goalkeeper Thibaut Courtois, who turned into a brick wall in the Champions League final and had a fantastic tournament overall.

No “Merengue” player appeared in the defensive line of the Best 11, but in the midfield, as expected, the Croatian Luka Modrić appeared. The veteran midfielder had a great season with Real Madrid in all the competitions played and is one of the architects of the La Liga and Champions League titles.

Brazilian Vinicius Jr. and the French Karim Benzema were chosen as forwards. Both attacking players were crucial for the Spanish team, but one in particular stood out.

The panel of technical observers chose Karim Benzema as the best player of the season, as he was one of the key elements in Carlo Ancelotti’s team.

By winning this edition of the Champions League, the player added his fifth “Orejona” to his personal account, and he was also the top scorer with 15 goals to one name.

But Benzema was not the only Madrid standout to earn an individual distinction, as Vinicius Jr. was named Young Player of the Season by the panel of technical observers.

The 21-year-old Brazilian striker scored the winning goal for Real Madrid in the final against Liverpool. In total, he registered four goals and six assists in the season.

Do you want more? Follow us on our YouTube channel, so you don’t miss out on the latest information on sport and its stars, all right here at JefeBet. 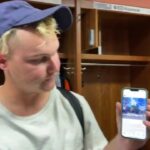 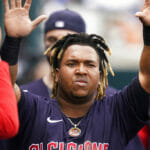