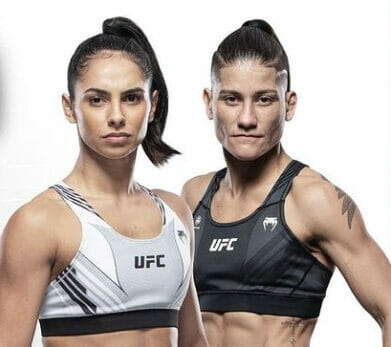 One of the two women’s bouts on this upcoming UFC evening will feature Ariane Lipski vs Priscila Cachoeira.The fight was scheduled for last weekend, but could not take place after Lipski exceeded the weight limit for a flyweight fight.

Now with a bantamweight fight scheduled, both fighters will be able to face each other shortly after that inconvenience, with the new venue being the Pechanga Arena in San Diego, California, a site that will host a good amount of fights during this Saturday, August 13, 2022.

If you were looking for information not only for this fight but for all the main fights, you are in the right place, so stay at JefeBet and enjoy our analysis and odds.

Ariane Lipski’s life has not been as easy as expected, as the Brazilian arrived as a great prospect that has not quite come together. In her debut, she lost to Joanne Wood and showed several shortcomings in her defense, which she failed to overcome in her subsequent loss to Moly McCann.

After this, Lipski managed to get a couple of consecutive victories in 2020 that served to boost morale, which then fell again when she lost again in consecutive fights. The worst thing is that they were by knockout against Antonina Shevchenko and Montana de la Rosa.

However, her last fight was a unanimous decision win over Mandy Böhm, although it has been almost a year since that. Will she be able to string consecutive victories together again? She will probably hope so in an attempt to regain some of her lost prestige.

Like her compatriot, Priscila Cachoeira’s UFC debut was not the best. In fact, anyone would have felt like retiring after, as the fighter lost in February 2018 to Valentina Shevchenko in a bout in which she was outstruck 230-3 and which is remembered as one of the biggest beatings in the history of mixed martial arts.

It’s worth mentioning that before that painful –both mentally and physically– fall, Cachoeira was undefeated in her career, and in one way or another it must have taken its toll on her head as the Brazilian has never been able to get back to her best since then to prove her worth, having a record of 3-4-0 in UFC.

However, she is coming off a unanimous decision win in her last fight against Ji Yeon Kim last February, and will be hoping this will help bolster her confidence.

Neither of these two fighters have been able to make a name for themselves in the UFC so far, so the bout looks pretty evenly matched, although beyond that, we’ll take Priscila Cachoeira to pick up the win.

Lipski has proven to be skilled, but Cachoeira’s strength is hard to match and if the fight gets too physical, Priscila has the upper hand. 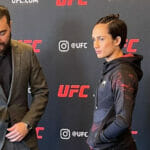 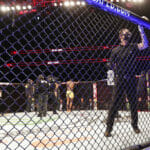