The drama surrounding the Boston Red Sox and its players’ contract extensions continues. Their third baseman, Rafael Devers, rejected an offer proposed by the franchise during the offseason for not matching his salary demands, and it recently became known that Xander Bogaerts and management are not even close to reaching an agreement.

Xander Bogaerts already turned down an offer proposed by the Boston Red Sox during the offseason, and mentioned that he is not willing to negotiate a new contract over the course of this 2022 MLB season unless management gets his attention with a new proposal.

It recently became known that there is a $100 million gap between what the shortstop is demanding and what the Boston Red Sox management is offering him. According to Joy Heyman of the New York Post, the franchise proposed the addition of an extra year worth $30 million to Bogaerts’ current contract. This would have made Xander Bogaerts earn around $90 million, and he will currently be paid $20 million per season until 2024.

It is worth remembering that while Xander Bogaerts is under contract until 2024, he has the option to opt out at the end of the current 2022 season. This is something the Red Sox will be looking to avoid at all costs in order not to lose one of their most iconic players in recent years.

The Aruba native has been called to the All-Star Game three times, including the 2021 season, in which he also earned his fourth Silver Slugger award in the American League. Added to this, Xander Bogaerts has two World Series rings with the Red Sox (2013, 2018), all of which has positioned him as one of the most important players on the entire team.

Xander Bogaerts may have questioned his long-term stay with the team after the Boston Red Sox signed Trevor Story, a logical replacement at his position who arrived as a free agent from the Colorado Rockies and signed a six-year, $140 million contract with the franchise.

Story, a two-time All-Star and two-time Silver Slugger in the National League, could very well take the shortstop position should Bogaerts fail to reach an agreement with the franchise: something the player may have taken badly after his signing in March and will surely be playing a major role in the negotiations.

However, the team’s management has stated their intention to keep Devers, Bogaerts, and Story in the infield heading into the future, but in order to do so, they will have to give in, since none of their players appear willing to bend on their goals. 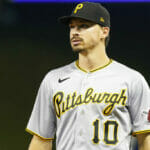 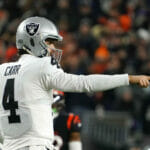