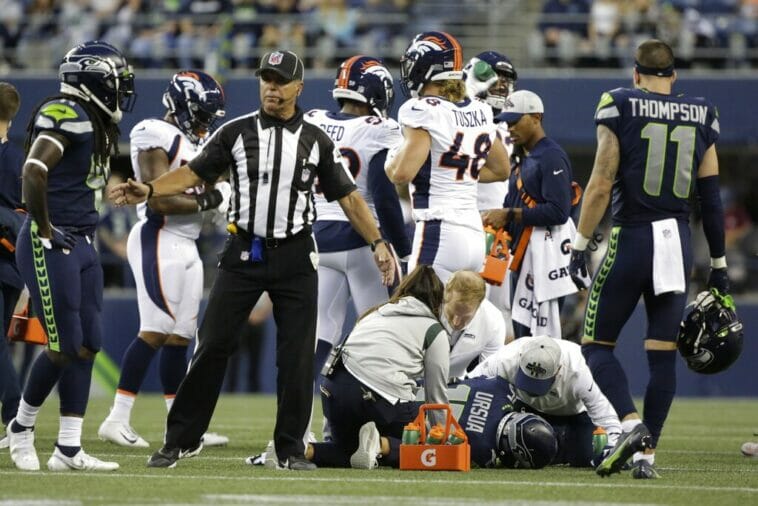 JefeBet App brings picks to the table for the Monday Night Football game featuring the Seattle Seahawk s vs Denver Bronco s. This game is part of Week 1 of the 2022 NFL season and JefeBet App gives you the opportunity to take advantage of your knowledge in the sport and dare to bet on this game because if you guess all the picks correctly you could win up to $20,000 dollars.

The game will be played on Monday, September 12 at Lumen Field in Seattle, Washington, and has one element that makes it a must-see game, as the quarterback , Russell Wilson,will visit his former team for the first time after a few months with the Denver franchise.

Do you risk testing your luck? If so, here are the suggested picks for this match.

1.- How many points will the Denver Broncos score in the game?

2.- How many points will the Seattle Seahawks score in the game?

3.- How many passes will Russell Wilson attempt?

4.- How many points will be scored in the 1st half?

5.- Which quarterback will get the first touchdown pass?

1.- Denver Broncos had a productive preseason, winning two of their three games played and although in none of those games did they score more than 23 points (only in the last game against Minnesota Vikings they won by 23-13), in this game that could happen. The offensive line looked good, and with Russell Wilson already adjusted to his teammates, expect a production within 23-25 points.

2.- The Seattle Seahawks scored points in all three preseason games, but the range was no more than 30 points per game, with 25 in the first, 11 in the second and 26 in the last. With a good defensive job by the Broncos, maybe reaching or exceeding 25 points would not be an option, so we believe they will score between 19-22 points.

3.- Russell Wilson returns to what was his home from 2012 to 2021, but he will arrive dressed in orange. The quality of this quarterback is well known and we know that despite the feelings he may have when he shows up at Lumen Field, he will give his best to help his new team win. The average he recorded pass attempts in the regular season 21 was 20, so here we could expect him to have between 0-26 pass attempts.

4.- During the preseason games, both franchises have already shown the talent they have in all their lines and although their offensive game is where they could get the biggest boost, the two defenses also have enough quality to do a good job. A close game is expected in the first two quarters, so we could see very few points, between 0-16 points in the first half.

5.- Russell Wilson will have the spotlight on him in this game and although this will add more pressure, his vast experience places him as the favorite to be the first quarterback to have a touchdown pass.

Don’t miss the chance to earn extra money using only your sports knowledge. We invite you to predict the Jackpot of the Week, where you may win real money! Only in the JefeBet Fantasy App 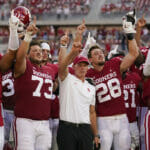 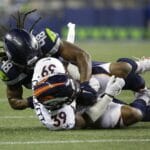