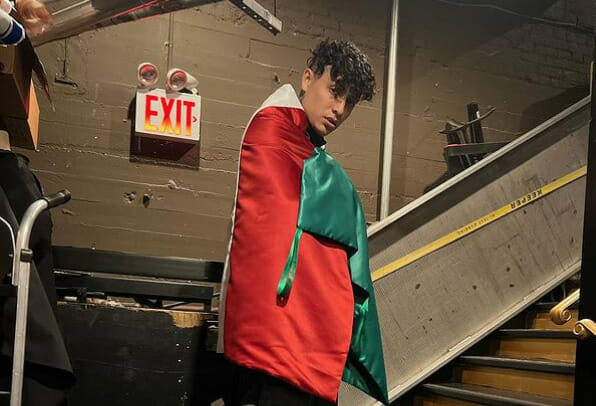 If you are familiar with the surge of amazing rappers in LATAM, you can’t miss out on this JefeBet article, where we tell you all about the latest urban rap Mexican artists you have to listen to this year and in 2023. In recent years, Mexican rappers have built a name for themselves and have shown the world of urban rap that they have what it takes to make it in the game. These artists have gotten off to a good start in the industry and brought new elements to the table, which set them apart from other modern rappers.

Big names like Aleman, Axl García, and Bipo Montana have made excellent contributions to the rap scene with wonderful songs that, with their narratives, storytelling, and beats, have captivated vast audiences, from the underground crowds to the mainstream fans. So, if you are looking for some good beats and new artists to explore, then you are in the right place.

At JefeBet, we compiled the ultimate list of Mexican rappers you need to keep a close eye to in 2023. Keep reading to learn who they are.

To begin, we chose Erick Raúl Alemán Ramírez, a.k.a. Aleman. He is a Mexican rapper native from Los Cabos, Baja California Sur. His debut album “Pase de Abordar”, under the label Homegrown Mafia, came out in 2014 and it instantly became a worldwide hit. The magazine Noisey Francia referred to his song “Chapo Guzmán” as one of the best Mexican rap songs, which constitutes a glorification and apology to the famous drug dealer’s life. Besides, among his list of iconic collaborations, he has sung side by side with the legendary Snoop Dogg. Turn up the volume and vibe with this great beat:

Born in Salamanca, Mexico, Axl García is one of the top names you should be listening to for the rest of this year and all of 2023. This is an urban artist who has been marked by the freestyle rap battles, by the street-life experiences, and by everything he once wished he had. All of that had a role in the development of his project and is a major component in his narratives. His last song “No sabes”, a collaboration with El Pinche Brujo, came out this month.

Someone SM1 is a Chicano rapper who’s mixed both genres and languages in his raps. He’s not only a talented MC, but is also a skilled beatmaker and producer that demonstrates flow and style into each of his songs. He’s been around for a while, but he’s presently touring with Kinto Sol and has worked with MC Luka, El Pinche Mara, Eptos Unos, and others.

Ricardo Hernandez, born in Nuevo Laredo, Tamaulipas, began his career as “Nectar Lima,” writing lyrics about drug trafficking and the criminal underbelly of the border. As “Makiabelico,” he’s continued to make solid narco-rap songs, and big things are expected of him for the upcoming year.

This rapper from Xalapa, Veracruz, made his debut in 2019 with a fresh take on the Mexican rap and hip hop industry. He was nicknamed “Bipo” for his bipolar personality, and he added the “Montana” as a tribute to a good friend who passed away.

Ans, Slim, Castellao, and Marty Ans are the Desert Niños, and they are joined by DJ Zero along with two BCN producers and Josh Perales. This group is the brainchild of Charles Ans, a rapper keen to make a name for himself in the world of national rap music. Everything in this group revolves around learning, setting goals for themselves, and receiving the fans’ affection, who have welcomed them from the beginning.

Last but not least, of course, we couldn’t leave out one of the rookie icons of Mexican hip hop and rap. Adán Cruz was almost an urban legend, he was a hip-hop beast, the world was his oyster, and all of a sudden… silence. He took a break from the industry. It wasn’t expected that he came back. However, he shocked the world of rap in 2021 with his song “Me lo suponía,” with which he made it clear that he still has a long way to go in terms of what his musical projects will be like in the upcoming years, so we must absolutely keep him on our radar.

So… Which Mexican rapper do you prefer? If you enjoyed reading about Mexican culture and its trending rappers to listen to in 2022 and 2023, then you cannot miss out on the Top 5 Best Latino Rappers of All Time.

If you want to find out more about one of these artists, leave a comment below! We’ll make sure to include it in our next article. Only here, at JefeBet. 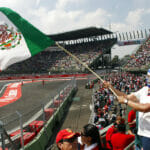 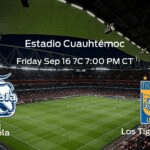