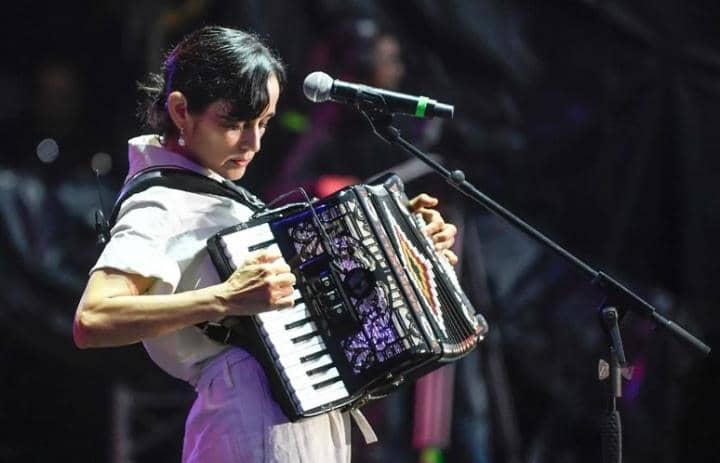 Los Angeles is going to be very busy with many concerts of great Anglo and Hispanic artists this December. But, since we know you want to go to the best Latin concerts in Los Angeles in December 2022, we have a top 5 with everything you need to make sure you don’t miss a single one.

To speak of Julieta Venegas is to speak of a living legend of music in Spanish. This woman has been a more than worthy representative of Latin pop, with her fusions of folk rock, alternative rock and indie pop. Also her lyrics are a gem.

I don’t know if you knew that Julieta is very successful worldwide. In fact, the Long Beach-born Mexican and Tijuana-raised artist has sold 25 million records worldwide. Incredible!

In this Julieta Venegas concert in Los Angeles you will sing from your soul songs like “Lento”, “Algo está cambiando”, “Me voy”, “Limón y sal”, “Tuve que dar”, “Caminar sola” and so many others that have made us laugh, cry and love.

In addition, you will enjoy Julieta playing the accordion, the piano and the guitar. And you know she does it very well!

Julieta Venegas in Los Angeles will perform at the beginning of December. Her concert will take place on December 1st at the Saban Theatre at 8440 Wilshire Blvd, Beverly Hills, CA.

To buy your tickets for this concert click here.

Invite a friend and go enjoy!

Marca MP puts the regional Mexican touch on these Latin concerts in Los Angeles in December 2022.

This young regional Mexican music group has managed to win the hearts of their fans in a very short period of time. Marca MP was formed just 4 years ago in Modesto, California in January. Its initial members were Pedro Vargas, Esteban Salcedo, Cristian Daniel and Jesus Tizoc (Daniel and Tizoc are no longer in the band).

These guys have already had great successes, for example their first single with Grupo Firme: “El Guero”. Moreover, the songs from their first album “No me quejo” are so good that they even received two Premios Juventud in 2021: one for New Generation Regional Mexican and another for Best Regional Mexican Collaboration.

Get ready for Banda MP’s concert in Los Angeles on December 2 at 8 pm at Crypto.com Arena.

Buy your ticket here and enjoy the best of new Mexican music.

This is one of the best Latin concerts in Los Angeles in December 2022!

In Los Angeles in December 2022, and In this event, there will be many Latino concerts on the same day. This mega festival, the Bésame Mucho Fest, will have Latin music for all tastes, or almost all.

To begin with, we need to tell you that Besame Mucho Fest will have three stages. Yes, there are 3 stages! One of them is called Rockero Stage, another stage is called Las Clásicas Stage, and the third stage is called ¿Te gusta el pop?

This mega event called Bésame Mucho Fest will be held on December 3, 2022 from 11 am to 11 pm. What a great party they are going to have over there!

In addition, we love the poster design of the event because it reminds us of those banners that were painted on the streets when announcing the performances of artists in different places. They really did a great job!

Here you can buy tickets for the Bésame Mucho Fest in LA which will be held at Dodgers Stadium.

The beautiful and talented Spanish singer, Isabel Pantoja will continue to make us fall in love with her in her Enamórate Tour in Los Angeles.

This singer is one of the most famous and successful Spanish singers of all times. The album that internationalized her was “Marinero de luces”, which was released in 1985.

Tell me if by reading “Mariner of Lights” the song doesn’t just start playing in your head?

This ballad diva, with flamenco touches, that we love has that much of a power. Her music reaches half the world, as she has an estimated of 25 million records in her entire career. She is a legend, La Pantoja!

Isabel Pantoja’s concert in Los Angeles will be this December 10, 2022, at the Microsoft Theatre.

Here she is in her younger days:

Here you can buy your tickets to experience an unforgettable night with Isabel Pantoja in Los Angeles.

Do you already know who you are going to invite to this concert?

Here we are talking about one of the best trumpet and piano players in Jazz today: Mr. Arturo Sandoval. And this is one of the top 5 Latin concerts in Los Angeles that lovers of good music will enjoy.

This Cuban, born in Artemisa in 1949, has been awarded 10 Grammy awards, and has been nominated 17 times.

But that’s not all, he has won an Emmy and 6 Billboard awards. Do you have any doubts about his talent?

He is so famous that his life was even brought to the screen by HBO with a drama entitled “For Love or Country: The Arturo Sandoval Story.”

Here you can buy tickets for Arturo Sandoval in Los Angeles.

Go enjoy the performance of this Jazz virtuoso because it will be Me-mo-ra-ble!

These are the top 5 Latin concerts in Los Angeles in December 2022, that will be saying goodbye to the year in style. Choose which one you will go for and go enjoy it!

If you want to know what are the best Latin concerts in Houston for the december mood 2022, this article is for you. 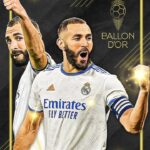 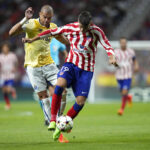