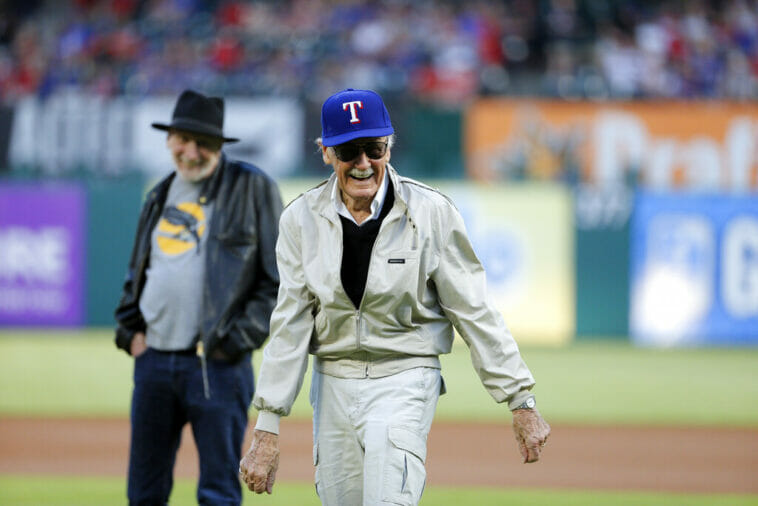 Stan Lee of Marvel Comics fame smiles after throwing out the ceremonial first pitch as Frank Miller, rear, a writer, director and actor watches, before a baseball game between the Seattle Mariners and Texas Rangers on Saturday, June 4, 2016, in Arlington, Texas. (AP Photo/Tony Gutierrez)
TwitterFacebookLinkedInRedditWhatsApp

The Marvel franchise and its adaptations have always been a resounding success, creating blockbuster movies, full of spectacular productions with impeccable special effects, linked to those characters to which we have been hooked all our lives. To the delight of the Latino community, Latino actors have also taken on the role of characters within the Marvel Universe.

Marvel has conquered the hearts of its readers since they began their publications in 1939. Success has been a constant for them since they began to make live-action adaptations. They may have critics, as do any franchises, but there are many more people who love their universe.

Back to the theme of the Latino community in the Marvel Universe, we have had outstanding Latino performers who have impeccably embodied these roles thus far, and we will soon have the Puerto Rican Bad Bunny playing El Muerto in a Spider-Man movie.

At JefeBet, we want to tell you about 7 Latinos who have appeared in Marvel Universe movies:

Although Zoe Yadira Saldaña was born in New Jersey, she is also of Dominican descent and is a Dominican citizen. This beautiful actress has been involved in productions such as Pirates of the Caribbean: The Curse of the Black Pearl, Star Trek, Avatar, and in the Marvel Universe in Guardians of the Galaxy and other movies related to this it as Gamora.

2. Benicio del Toro as The Collector

Benicio del Toro is a highly renowned actor and producer from Puerto Rico who has won an Academy Award, a BAFTA Award, a Golden Globe Award, two Screen Actors Guild Awards, and a Silver Bear Award for his performance as Officer Javier Rodriguez in the film Traffic. In the Marvel Universe, he played The Collector in several films.

Born in Mexico City, Mexico, she rose to stardom in 2013 after playing Patsey in the film 12 Years a Slave. She joined the Marvel Universe by playing Nakia in Black Panther of the Marvel Cinematic Universe in 2018.

Michael Anthony Peña, better known as Michael Peña, is a Mexican film and television actor, who has participated in films such as Million Dollar Baby and World Trade Center on the big screen and on the small screen in the series Narcos: Mexico. In the Marvel Universe, he plays the role of Luis, who is Ant-Man’s best friend.

This actress born in Veracruz, Mexico is also a Mexican businesswoman and producer, better known for being the first Mexican woman to be nominated as lead actress at the Academy Awards. She embodies Ajak in the Marvel Universe, a character in charge of protecting Planet Earth. A curious fact: the gender of this character was changed for the live-action, because in the comics she was a man.

This Colombian actor has had a great career both on television and on the national and international big screen, appearing in series such as Six, Distrito salvaje and Narcos, as well as in the films La Lectora and En Coma, among others. The actor became part of the Marvel Universe when he joined the third season of the Agents of S.H.I.E.L.D. series as José “Joey” Gutiérrez.

Oscar Isaac is a Guatemalan actor and film producer who has played roles in Star Wars and Inside Llewyn Davis. Isaac plays Marc Spector for the Disney-produced Marvel Universe series Moon Knight. 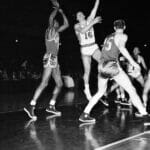