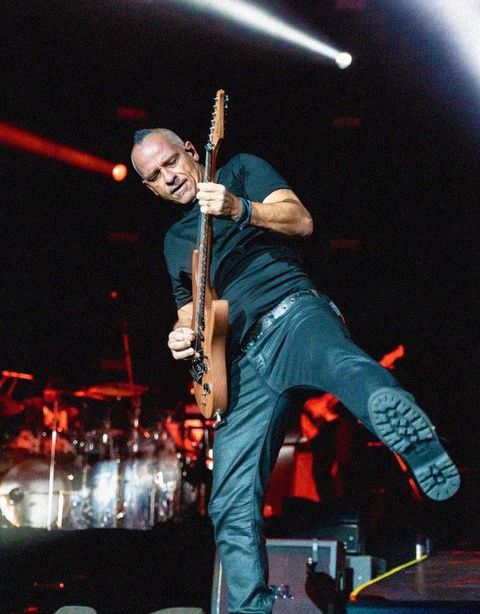 The Big Apple is one of the cities where the Latin scene has a special place. The New York night is full of salsa, ballads, Latin pop, Mexican music, and more. The Latin concerts in New York this November 2022, are no exception.

If you want to know which artists are performing and where, you have to read this article till the end, because you can even buy tickets here.

The man, who is the living history of the Latin American ballad, is celebrating the more than 60 years of his artistic career with his 6.0 tour, and the capital of the world, could not be left out of this super big celebration.

That’s why you can’t miss the opportunity to see him live. We don’t know when will be the next time we’ll be able to enjoy Raphael in the Big Apple. That makes it one of the Latin concerts in New York that many people have been waiting for.

Sing at the top of your lungs to the hits of Divo de Linares, hits such as “Mi Gran Noche”, “Desde Aquel Día”, “Yo Soy Aquel”, “Como Yo Te Amo”, “Qué Sabe Nadie”, among many others that will make you vibrate.

Raphael’s concert in New York is this November 2, at the Hulu Theater in Madison Square Garden.

Have you thought about who are you going to invite?

2. Eros Ramazzotti’s concert in New York will make you fall in love again.

Eros Ramazzotti brings his Battito Infinito Tour to New York to delight us with his unique and unmistakable voice. This Italian has won the hearts of his Latin audience with songs in Spanish that have made their mark through time.

In this tour, Eros Ramazzotti will perform iconic songs such as: “Si bastasen un par de canciones”, “Una historia importante”, “Cosas de la vida”, “La cosa más bella”, “Fuego en el fuego”, and so many other hits that have settled in our souls.

Don’t tell me you don’t know this one:

Don’t miss the opportunity to experience one of the best Latin concerts in New York that will make you fall in love and reconnect, even if it’s only in your head, with those past lovers that are still in your heart.

Eros Ramazzotti will perform in New York on November 10. The concert will take place at the Hulu Theater at the Madison. You should go with a companion to have a great time. Start thinking who you should go with.

3. Gloria Trevi in New York with her Isla Divina Tour

Isla Divina Tour arrives to The City That Never Sleeps in what promises to be one of the most daring Latin concerts in New York: Gloria Trevi.

The singer of “Voy a Traer el Pelo Suelto” promises to get everyone singing and dancing with the hits that have earned her the title of “Mexican Pop Rock Rebel” on her Isla Divina Tour.

Her life and musical career could not be more controversial. But we love her!

Gloria Trevi’s concert in New York will be this November 11, 2022, at the Hulu Theater in Madison Square Garden.

You have to go see what La Trevi is going to come up with at this concert!

The salsa brava of Grupo Niche makes us sing and dance every time it is played. So imagine how good it is to hear them playing their songs and singing live!

The energy they emanate from the stage will leave no one seated, in what will be the best of the Latin concerts in New York 2022 for those who love to dance and sing salsa.

They will perform the best and the most popular songs of their long repertoire: “Nuestro Sueño”, “Una Aventura”, “Cali Pachanguero”, “Ana Mile”, “Mi Hijo y Yo”, “Lamento Guajiro”, among others.

If you want to dance and enjoy all night long with the salsa of Grupo Niche in New York, you have an appointment this November 18 at the Bergen Performing Arts Center.

5. Los Angeles Azules – From Iztapalapa To The World Tour

To dance to the cumbia that only Los Ángeles Azules know how to play, you have to go to the majestic concert they will be offering this November 26th at the Hulu Theater in Madison Square Garden.

There, you will enjoy the quality of the interpretations of those songs that have made all of Mexico, and all Mexicans beyond its borders, dance and sing. They will play hits such as “Ay amor”, “La cadenita”, “Ella se olvidó de mí”, “20 rosas”, “Mi niña mujer”, “Las maravillas de la vida”, and more.

This promises to be one of the best Latin concerts in New York in November 2022, that will get all attendees moving and having a great time.

Hurry up and buy your tickets, and your dance partner ticket as well for this concert!

Get your tickets here.

If you want to know which are the 5 Latin concerts in Miami in November 2022 to enjoy the best music, you have to read this article. 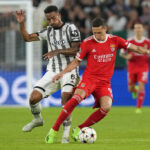 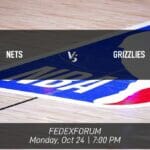