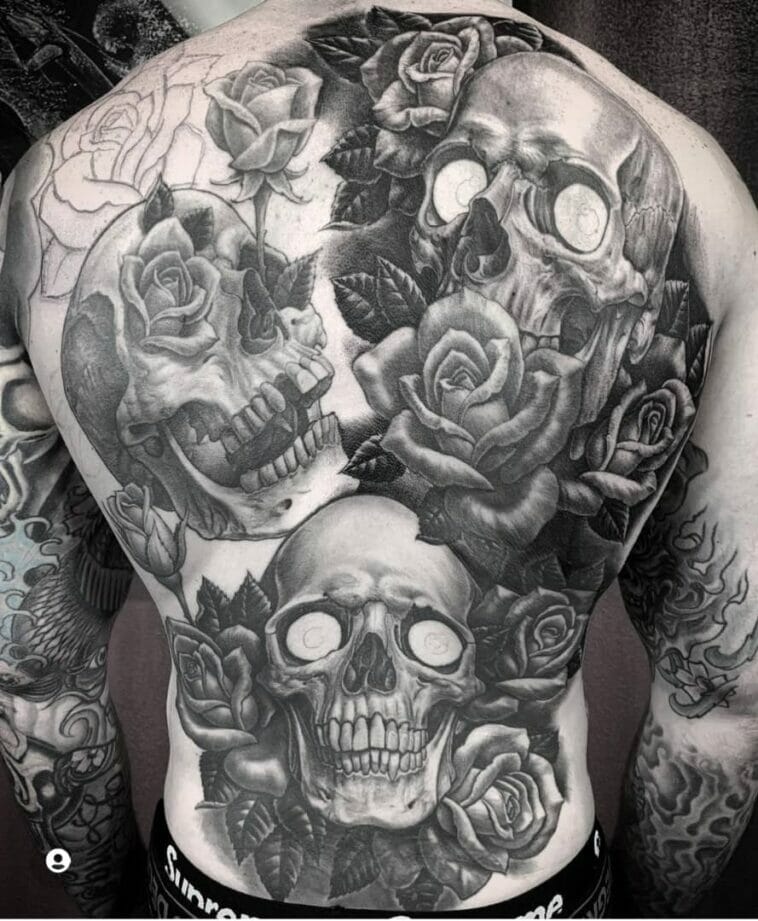 There is a group of famous Chicano tattoo artists in the USA that make images on the skin of people. There are several reasons that motivate these creations, one of them is the need to express Chicanos’ customs and traditions, another is as a way of protection, that is why they make tattoos of the Virgin of Guadalupe, and third as a way of identification with the group they belong to.

If you want to know more about this topic, stay with us because in this article we tell you what is the top 5 Famous Chicano Tattoo Artists in the USA.

Freddy Negrete’s great talent has allowed him to tattoo the bodies of superstars such as Angelina Jolie, Rihanna, and Beckham. This artist is recognized as the pioneer of black and white tattoos. Undoubtedly, a professional life full of successes that contrasts with his personal life that has included jail and drugs.

On his Instagram @freddy_negrete, where he has 201 thousand followers, you can see several of his designs in which fine lines of blacks and grays with soft shades and subtle touches of white stand out.

Feddy Negrete’s success is such that he has been a tattoo artist and consultant in important film productions such as Batman Forever, Austin Powers or Blade. This artist and his children have tattooed some of the most important and famous people on the planet.

2. Chuey Quintanar is one of the famous Chicano tattoo artists in the USA

Chuey Quintanar is a famous Chicano tattoo artist. His creations are strongly influenced by Catholicism and the ancestral designs of the Aztecs, Olmecs, and Mayans, which is undoubtedly a reflection of his Mexican roots, which today are strongly expressed in South Los Angeles.


On the artist’s Instagram @chueyquintanar you can see wonderful designs that combine the client’s personal story with the backgroun Chuey Quintanar, allowing for the creation of unique images.

3. Tamara Santibáñez is a multidisciplinary artist who understands tattooing as a way to empower the user

Tamara Santibáñez, a Mexican descendant who grew up in Georgia, has always identified with the Chicano movement. Her tattoos pay homage to cultural codes of Mexican migration to the United States.

This young artist has worked for the past 10 years in major New York tattoo stores, including the legendary Saved Tattoo.

Santibáñez is the author of the book “¿Podría ser esto mágico? Tattooing as Liberation Work (Afterlife).” She is also editor of the 2018 anthology Sexiness: Rituals, Revisions, and Reconstructions.

Tamara Santibáñez’s work is imbued with a deep social commitment, some of her most beautiful gestures have been her participation in covering up tattoos on people who have survived trafficking and women who have been affected by their stay in prison.

For Tamara, all tattoos, whether spontaneous or planned, fulfill the objective of empowering and helping the wearer to evolve.

4. Chuco Moreno knew how to get up from his falls to become one of the most famous Chicano tattoo artists in the USA

Chuco Moreno began tattooing himself as a way to express the love and passion he feels for the heritage and culture of his Chicano community. During his younger years, he decorated California neighborhoods with his art and tattooed its people. During his early adulthood, he made several mistakes that he had to pay for and from which he learned.

In the face of difficulties, this artist swore to himself that he would become one of the most recognized tattoo artists in the world. To achieve this he studied and worked hard, it helped him a lot to feel that this was his passion.

During 2014 he was fortunate enough to go on a world tour showing what he was capable of doing, which propelled him to become one of the most famous Chicano tattoo artists in the USA today.

5. Nothing and nobody has prevented José López from being one of the most famous Chicano tattoo artists in the USA

José López is a Chicano tattoo artist whose black and gray style was developed in the jails of California and in the gang world of the most important cities of the golden state. All of his designs contain fine lines, light shades and a bit of American/Mexican culture.

At the age of 12, José López arrived in Los Angeles from Michoacán, Mexico. At the age of 15 he suffered an accident that left him in a wheelchair. This unfortunate event prompted him to tattoo. His friends, seeing him depressed, gave him several magazines to keep him entertained, he began to draw the images in the magazine, that’s how his story as a tattoo artist began.

Gangster designs have their origins in the prisons and streets of Los Angeles. José López has taken street tattooing to the professional studios and this style is presented to gangsters and the public.

Undoubtedly, José López has managed to overcome the difficulties to become an icon of Chicano tattooing.

And you, with which of these artists would you get a tattoo?

If you liked to know the Top 5 Famous Chicano Tattoo Artists in USA, then you can’t miss the 5 most representative tattoos of the Mexican culture.

Do you like our content? Don’t forget to follow us on Tik Tok to stay up to date with all the sports information, only here at JefeBet. 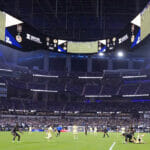 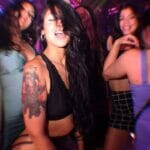