As a result of their rigorous training, soccer players have very well-shaped bodies. And we’ll see a lot of it at the 2022 Qatar World Cup! However, not all of them have that enticing sex appeal, that mischievous smile, that sensual and mysterious look, only some of them do.

That’s why here, at JefeBet, we’ve compiled an interesting list of the 10 hottest World Cup players.

We should warn you, though: this is going to be smoking hot, so you’d better sit comfortably and go find something fresh to drink.

Who are the 10 hottest World Cup players?

This Brazilian goalkeeper is definitely one of the sexiest soccer players at the World Cup. Those shocking abs, his arms and long legs are just a complement to his face, that seems to have been sculpted by an artist, honestly.

Look how cute he looks with his little daughter. Don’t you think that tenderness makes him even hotter?

This Liverpool goalkeeper has stunning eyes. He’s dubbed “the Messi of goalkeepers” because, in addition to being that hot, he’s also that good at what he does.

He makes you want to cheer for Brazil in this World Cup, doesn’t he? You won’t want to miss a single game to watch how many goals he covers with those hands that you’d definitely want all over you.

This French center forward has one of the most mischievous and enticing faces in the Qatar World Cup, so he couldn’t be left out of this list of the hottest World Cup players.

We can already see him scoring a goal and taking off his shirt in the World Cup. Isn’t that something you’d also like to see?

Giroud is a key player for Milan, where he does an excellent job, and he wears that uniform very well. Many women prefer to see him train, like this:

Olivier Giroud’s shirt looks better when he’s not wearing it, don’t you think?

Half of the world is drooling over this Argentine midfielder. And it’s no surprise! The dude has a body that anyone would want to touch, even for a brief moment.

That look he has tells you lots of things, and leaves the rest up to your imagination. You’d be powerless to that mischievousness.

Rodrigo shines out every time he puts on the Atlético Madrid shirt, and he will surely give his best for Argentina in this World Cup alongside the “Pulga,” (Messi’s nickname), whom he truly admires.

We are also cheering for Argentina, Rodri!

You probably didn’t know that this handsome Spanish midfielder’s name is Francisco Román Alarcón Suárez, did you? What you do know for certain is that he is one of the hottest World Cup players because, c’mon. It’s obvious.

This guy grom Malaga adores dogs, and he looks adorable in this photo with his puppy. Doesn’t that make him even hotter? That’s why he made the list.

Many of you will no doubt wish to be right next to him in the pool.

Germany is represented on this list of the hottest World Cup players by Mats Hummels. What a German delegate we have here! Just look at that body. It’s very hot, really.

Mats Hummels plays his defensive position very well for Borussia Dortmund, and we hope he’ll do even better for his national team.

Don’t you think that, if he had chosen to model as a career, he would have done just as well?

Cristiano Ronaldo and his very well chiseled body, which he has kept tattoo-free, had to be on this list.

“Cris”, as his wife Georgina calls him, is one of the hottest World Cup players, not only for his physique, but also for his confidence and invincible attitude towards life, which are already legendary. As this will probably be his last World Cup, we’ll all be watching his every move even more closely.

In addition to what we already know about CR7 and his background, which is soccer history itself, his flawless body and leadership mentality in life earned him a special place in our JefeBet list.

Speaking of Cristiano, at JefeBet we have a giveaway of the Portuguese star’s jersey, signed by himself. Want to know more? Click here.

With that body, evident to all, and his tremendous charm, the Manchester striker has an unquestionable sex appeal that makes more than one lady sigh. That’s why he’s on the list of the sexiest soccer players at the World Cup.

Marcus Rashford sure works hard to keep those muscles in tune. And he gets great results from that routine!

To talk about Neymar Jr is to talk about one of the most beautiful faces of the Brazilian national team. Neymar’s feline eyes definitely make him one of the hottest World Cup players, don’t you think?

We can’t help but feel jealous of those PSG fans back in France. Just in case you’re not convinced, look how good he looks dressed like this:

Is Neymar Jr on fire or what?

We are confident that Kevin Trapp would have been just as successful as a professional model, if not more so, which makes him one of the hottest World Cup players. For God’s sake, look at that face!

Also, his body is so well chiseled that it just makes you want to put your hands all over him. Just look at him. He’s the full package.

We almost started to support a European team because of this man, but we want the Cup to return to America.

What is certain is that we will be watching some of Germany’s games with great enthusiasm. Go Trapp!

This Spanish midfielder has all fans hot and bothered. Did you know that he also hails from a soccer-playing family? Ramón Grosso, his grandfather, was also a soccer player, and Paco Llorente is his father. Both relatives, like Marcos, played for Real Madrid and Atletico Madrid.

Marcos Llorente is so hot that he has been featured on the covers of several magazines:

the man is breathtaking, and he looks good in any outfit (or without any clothes).

Tell us, wouldn’t you enjoy sharing breakfast and dinner with him?

This is JefeBet’s selection of the 10 hottest World Cup players. We hope you enjoyed reading it as much as we did writing it.

If you want to find out which are the 6 sexiest soccer wives and girlfriends of all time, you need to read this article. 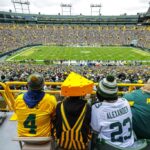 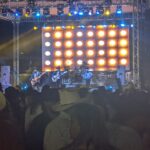