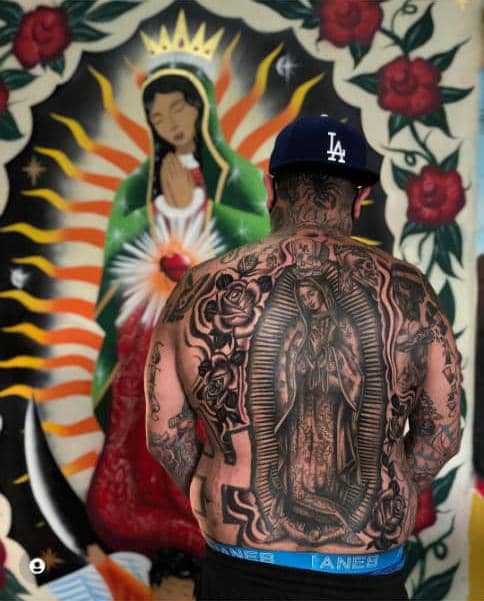 Using ink on the skin is a form of expression that dates back to immemorial time and has enchanted us to this day. If you want to get a tattoo and you are looking for tattoos that represent the Mexican culture, well compadre (or comadre) you came to the right place, because here in Jefebet we bring you the 5 tattoos that best tell the world that you carry México in your heart and on your skin.

What Tattoos Represent Mexican Culture and the Latino “Race”?

México is, without a doubt, a majestic country that is culturally rich: The Day of the Dead with the catrinas and catrines, the Aztecs, the Mayas, religion, the revolutionaries Pancho Villa and Emiliano Zapata.The Mexican tattoos are icons of Mexican culture that represent much more than a beautiful tattoo on the skin.

In this article, we tell you what are these 5 tattoos that just by looking at them tell you about México and its culture. And you will even know what their meaning is. (There is a bonus at the end so read it in full)

1. The Virgin of Guadalupe on the skin

If you are of Mexican descent, it is very likely that in your family there is a “Lupe”. Don’t laugh because you know it’s true. That is why the “virgencita” is one of those figures that anyone around the world would recognize as a fundamental part of Mexican culture.

This is one of the tattoos of the Virgin of Guadalupe on the arm in colors with details in red and yellow that can serve as inspiration for you:

So the meaning of tattoos of the Virgin of Guadalupe on the arm, or on another part of your body, is very varied, it can be:

Here we have shown you several ideas of tattoos of the Virgin of Guadalupe on the arm, and other parts of the body, representing the Mexican culture of religiosity.

Where would you tattoo the brown virgin?

La Santísima Muerte is a figure venerated by many, but it is not accepted under any concept by the Catholic Church, although its importance in Mexican culture is enormous. So if you go to church don’t let any of your Santa Muerte tattoos be seen.

The history of Santa Muerte dates back to pre-Hispanic times, and that history has had different modifications as it has passed from generation to generation. That’s also why you’ll see so many versions of Santa Muerte tattoos.

It is said that since pre-Hispanic times the dead were worshipped, and today “La Señora”, “La Flaca”, or “La Niña”, as she is also known, is more popularly venerated, especially in Northern México.

The truth is that many Mexicans around the world see this figure as something supernatural to which they can make requests of different kinds, such as good luck, love, health, money, protection, watch over the souls of our dead, etc.

There are many meanings of Santa Muerte tattoos, here are some of them:

It is a reminder that this passage through life is transitory so we must live to the fullest, and that when we leave this world we take nothing with us.

Would you get a tattoo of Santísima Muerte? Or does it scare you a little?

The Catrina is one of the most iconic images of the Day of the Dead and is one of the tattoos that best represents Mexican culture.

The original Catrina by artist José Guadalupe Posada, called ‘Calavera Garbancera’, was painted to represent the Mexican natives who adopted aristocratic European fashions such as ball gowns, formal gloves and lace fans that we see in the photo during a parade in Oaxaca (an accessory that came to Europe from Japan).

The Catrina is sometimes confused with the Santísima Muerte but they are not the same, nor do they mean the same thing. Both the Catrin and the Catrina represent life after death and the hope of being reunited with our faithful departed after our soul leaves this physical body.

As a curious fact, it was Diego Rivera, Frida Kahlo’s sentimental partner, who gave the name Catrina and Catrin to these characters.

Many times the catrina is the memory of a loved one who has departed from this world.

Which of these Catrinas and Catrines tattoos do you like the most?

4. The revolution of Pancho Villa and Emiliano Zapata in ink

The figures of Pancho Villa and Emiliano Zapata are perfect if you are looking for tattoos that represent the revolutionary and combative Mexican culture. These characters were true revolutionaries who vindicated the rights of the oppressed and the neediest.

Pancho Villa, also known as Centauro del Norte, fought against inequality against “his brothers of race and blood”, so getting a Pancho Villa tattoo represents respect for the Latino race and love for what it represents.

Emiliano Zapata, for his part, was Pancho Villa’s companion in his struggles. The battle cry of this great revolutionary, “Tierra y Libertad”, (Spanish for “Land and Freedom”) sums up his principles.

These principles were very firm:

I forgive those who murder and steal because they did it out of necessity, but a traitor never.

The meanings of Emiliano Zapata and Pancho Villa tattoos can be: justice, revolution, freedom, emancipation, revolutionary spirit, and respect for the Latin race .

Would you get a tattoo of Emiliano or Pancho? Maybe both?

The Maya civilization existed in what we know today as México, Guatemala and Honduras long before the Spanish arrived on American soil.

The Aztecs, or Mexicas, were the inhabitants of what we know today as México and part of the southern United States many centuries before the arrival of the Spanish colonizers.

The Mayas and the Aztecs were very hardened peoples, who fought for land, political supremacy and even trade routes.

The knowledge developed by these cultures in many aspects, such as political, economic, scientific, mathematical, etc., is something of which all Latin Americans, and especially Mexicans, feel very proud.

That is why we find Aztec and Mayan symbol tattoos and their meaning so beautiful.

The Maya and Aztec deities and spirituality, as well as their warrior spirit and architecture,are a source of inspiration for beautiful tattoos that represent the original Mexican culture.

We love these tattoos that represent Mexican culture from its roots!

Here is a video (the bonus we told you about) so you can see other important symbols of México in tattoos:

This was Jefebet’s selection of tattoos representing Mexican culture. Do you think we are missing a symbol that better represents it?

If you like Lowrider culture you have to read 3 Lowrider Car Shows in San Diego that you may not have known about. 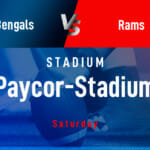 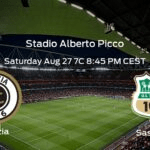