The sexiest referees in the world are listed in this article. We made no distinction so there are female and male referees listed. Plus, we included some Latino referees as well.

The profession of a referee must be one of the most difficult ones, because although they usually have one of the most important roles across sports, they are rarely recognized, but for when they make a mistake. Soccer referees don’t usually get in the spotlight unless they make a mistake and somehow harm a team. However, there is a minority who have managed to stand out for something beyond their professional careers, and are considered the most sensual referees in the world.

We start with the beautiful blonde Brazilian who has captivated audiences ever since her first appearance on television as a line judge. On one occasion she said she received a proposal to work as an escort.

The Italian referee must be one of the best known by soccer lovers, as she has not only stood out for officiating Serie B matches, but also because she posed for PlayBoy magazine. She feels comfortable with her body and whenever she can, she shows herself with little clothing.

The Swiss woman enters this list of the most sensual referees, as she not only delights with her undeniable beauty on the court, but also on her social networks where she always shows a little more. She has done sessions with little clothing where she appears accompanied by a whistle, very much keeping up with her profession.

Karen Diaz is not only the only Mexican female referee who will attend the Qatar 2022 World Cup as an assistant, but she is also considered one of the most beautiful persons in her profession in the Aztec country. She keeps a low profile and does not usually show much.

The Brazilian joins Karen Diaz as the women from the American continent who will attend Qatar 2022 as referees, proving that their beauty is accompanied by intelligence. Her blue-eyed gaze is not the only thing that will captivate you when you see her.

Some of the women who watch soccer look at the legs of the soccer players, but there are also some who, instead of looking at the players, are attracted to the referees. One of those referees capable of stealing the spotlight is Germany’s Felix Brych, who has more power with his smile and blue eyes than with his whistle.

The former English referee had a great career spanning almost a decade and currently chairs the English Referees’ Association. During his active time in soccer, he was considered one of the most sensual referees and stood out for not having hair. To this day that remains one of his main attractive traits.

The Argentine referee is considered one of the most attractive in his country. He has officiated matches in the local league and also in continental competitions such as Copa Sudamericana and Copa Libertadores. While the male audience has hated him on more than one occasion for refereeing their teams, the female audience has only sighed.

The Italian referee became the sixth referee from his country to whistle in a Champions League final, and he is considered one of the two best referees in the world. Still, that’s not what makes him one of the sexiest referees, it’s his gray hair. He would be an ideal sugar daddy.

There is something for everyone, and the Norwegian referee, despite being over 40 years old, still has a baby face. Not only is he handsome, but he also conveys tenderness, although for soccer fans that is not the case. 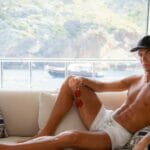 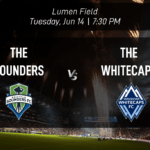