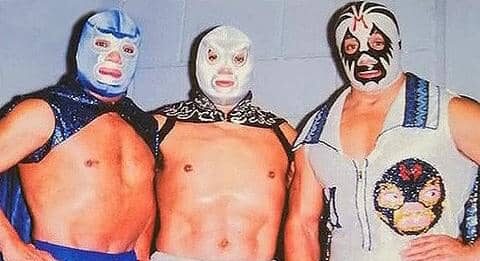 Mexican wrestling has been making history for decades thanks to its colorful fights, muscular wrestlers and, of course, its masks. We all know some of the mythical names like “El Santo”, “El Enmascarado de Plata”, or “Blue Demon”, and we have all grown up admiring them.

That’s why at JefeBet we bring you the best Mexican wrestling masks for Halloween 2022, so you can dress up as your favorite Mexican wrestler.

The 5 Mexican wrestling masks for Halloween 2022 that will make you look like a real warrior .

Oscar Gutierrez Rubio is the real name of this famous and successful Mexican-American wrestler. He was born in December 1974, and today, he is the best active Mexican wrestler.

He is known for his unmistakable Mexican aerial wrestling style, with moves such as the Frankensteiner, the Assai Moonsault and the Diving Hurricanrana.

His masks are exceptional, and you can choose any of them to wear this October because they are some of the best Mexican wrestling masks for Halloween. Are you ready?

Disguise yourself as “El enmascarado de plata” who has one of the best Mexican wrestling masks of 2022 and that will make you look your best. El Santo’s mask is one of the most famous and respected masks around the world. Legend level, really!

When we think about Mexican wrestling, it is impossible not to think of El Santo. His more than 50 films have made him part of the collective imagination of all Mexicans, and have also given him a special place in the hearts of entire generations who love Mexican wrestling.

I don’t know if you knew, but El Santo actually started his career in sports like baseball and soccer.

It was not until January 26, 1984 when he himself (El Santo) unveiled his face in a very friendly manner and without a problem in a television program called “Contrapunto” (Counterpoint). Other wrestlers, such as Blue Demon, were present at the program and they weren’t expecting it.

Would you like to wear the mask of El Santo this Halloween?

The first time El Rayo de Jalisco debuted with this name was in 1962, before that he had used other names like “Misterio”, “Míster Misterio” and “ÁguilaNegra”. His trademark was a mask with an unmistakable lightning bolt that seemed to split his face in two.

It actually was the sympathy shared with the public of Jalisco, what made him adopt that name which led him to immortality. That’s why we couldn’t miss to mention his mask in this list of the best Mexican wrestling masks for this Halloween 2022.

El Rayo de Jalisco would have his turn when, near the end of their careers, he and Blue Demon faced each other in a mask vs. mask match in which El Rayo de Jalisco lost. It was then his turn to show his face, thus revealing his true identity: Máximo Linares Moreno.

Do you have any doubt that this is one of the best Mexican wrestling masks for Halloween?

Blue Demon had the real name of Alejandro Muñoz Moreno, and was one of the most iconic Mexican wrestlers in history. His mask, along with that of El Santo (if you want to dress up as a couple), is one of the best Mexican wrestler masks for Halloween because of what they represent for the sport.

Blue Demon dropped out of school and worked on the railroads, but then he began training with Rolando Vera who was a lucha libre precursor in Monterrey, and who taught him some of the most important secrets of the competition.

It is Vera who helped him find his blue mask, that he later modified by adding an additional silver piece and that was inspired by and carries the name we still remember today.

Blue Demon and El Santo’s rivalry came from the mask vs. mask fight between El Santo and Black Shadow (partner and mentor of the “Blue Demon”). In that match, Black Shadow lost against El Santo, but instead of letting Black Shadow take off the mask himself, El Santo tries to take it from him and Blue Demon gives him a legendary kick to avoid it. That’s how their eternal rivalry was born!

Their rivalry was only for the ring. Together with El Santo he starred in several movies, such as Blue Demon and El Santo contra los monstruos, and many more.

Wearing the Blue Demon mask for Halloween would be an honor, really.

Mil Máscaras is one of the most popular Mexican wrestlers internationally, and he is a living legend of Mexican wrestling. To wear one of his thousand masks on Halloween is to bring the tradition of this sport more alive than ever.

Mil Máscaras, as well as Blue Demon and El Santo, was a hard-liner as far as lucha libre was concerned. In fact, he is the first Mexican wrestler to be internationally recognized throughout Latin America and even in Japan.

Blue Demon made great movies that have made him part of Mexican culture, such as Blue Demon vs. the invaders, El triunfo de los campeones justicieros, Santo and Blue Demon vs. Doctor Frankenstein. In addition, Mil Máscaras has a family of wrestlers: his brother José Luis is Dos Caras, and his brother Pablo is Sicodélico. And his nephew Alberto del Río is a fighter.

Tell me if it doesn’t make you want to run out and get one of those masks!

The masks of this legend could not be left out of this top 5 list of Mexican wrestling masks to dress up this Halloween.

We hope you liked this top 5 Mexican wrestling masks for Halloween 2022. And if you think we missed any of your favorite Mexican wrestler caps, let us know which one.

If you want to know why Mexican wrestlers wear masks you have to read this article. 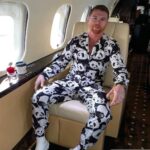 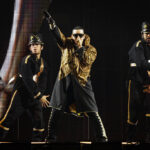