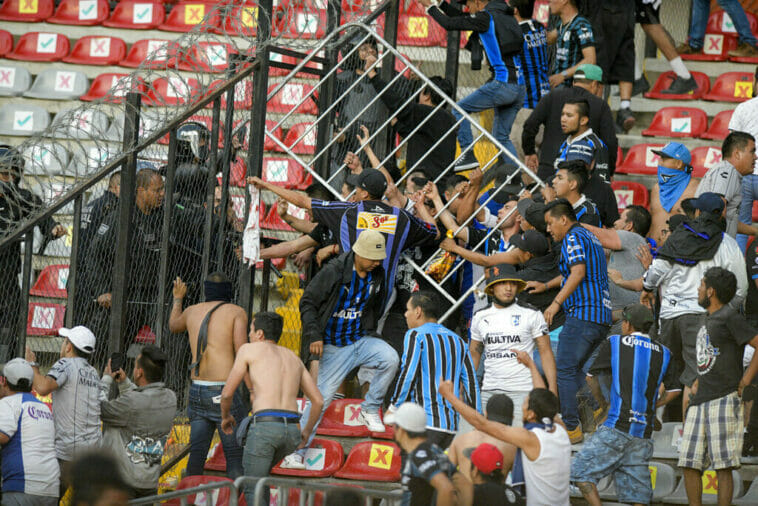 Fans of Queretaro and Atlas clash during a Mexican soccer league match at the Corregidora stadium, in Queretaro, Mexico, Saturday, March 5, 2022. The match was suspended after fans invaded the field. (AP Photo/Eduardo Gomez Reyna)
TwitterFacebookLinkedInRedditWhatsApp

This Sunday, there were unfortunate scenes at the Sierra Nevada Stadium in Santa Marta, Colombia, after the Colombian Primera A Apertura 2022 Tournament match between Union Magdalena and Junior was interrupted by violent events in the stands.

Since the start of the second half of the “Clasico Costeo,” the mood of some of the fans in attendance had been agitated. Shortly after the 70th minute, the whole thing ended up in a confrontation between the two fan groups, who ended up invading the field, unleashing a wave of violent events that forced the main referee to suspend the match.

It was announced that one person was killed following unfortunate altercations between fans of the two teams after the subject in question received two stab wounds from a knife, something that certainly should not happen in a soccer stadium– or anywhere else for that matter.

For much of the game, the visitors seemed weaker on the pitch, but Kevin Perez scored the game’s first goal in the 74th minute. The play was somewhat controversial and had to be reviewed by the VAR, who would end up validating the action and giving the goal to Bucaramanga, something that did not sit well with some local fans, who jumped onto the field to aggressively attack the players of the rival team.

To protect their integrity, the Bucaramanga players had to leave the field and enter the locker room after the violent events, and the central referee would call the game off early and award the victory to the “Leopards”, while Unión Magdalena had to pay a fine of 36 million Colombian pesos, while the south stand was penalized for six dates.

Mexico has also had a chapter of violent events in this 2022. The atrocious actions took place on March 5 at the Estadio Corregidora in a clash between Querétaro and Atlas during the Liga MX Clausura Tournament, when a brawl between the two fan groups broke out throughout the stadium and soon moved onto the pitch, bringing the game to an early end.

Although official statistics indicate that 26 people were hurt in the altercation, witnesses say there were multiple deaths, and many have crtiticized the authorities for trying to hide the true numbers. A reporter for TV Azteca, David Medrano Felix, said that there were 17 deaths in total, but later reversed his statement.

On March 6 and 7, no matches were played in Uruguay in order to “carry out days of reflection and dialogue” with the AUF (Uruguayan Football Association) following violent events related to referees in the local league.

The assistant referee, Martin Soppi, received death threats and had to leave his position in a match between Nacional and Montevideo City Torque. The Danubio-Peñarol match was also controversial, as the refereeing staff also received threats after the end of the match.

These violent events led to the suspension of soccer-related activities in that country, with the Uruguayan Soccer Association issuing a statement in which it was announced that “due to AUDAF’s (Uruguayan Association of Football Referees) union measure of not showing up to perform referee duties, all AUF disciplines and categories are halted till further notice.” 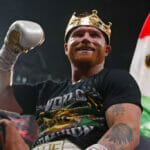 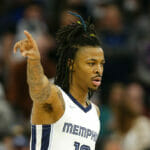