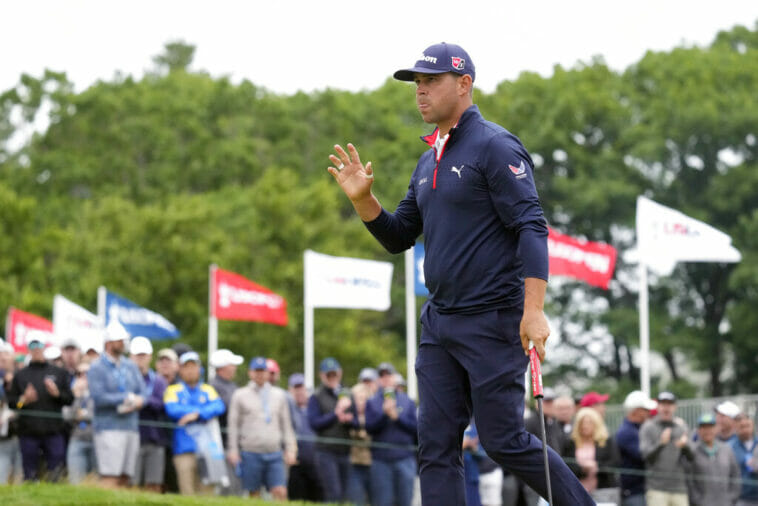 Gary Woodland reacts after a putt on the seventh hole during the final round of the U.S. Open golf tournament at The Country Club, Sunday, June 19, 2022, in Brookline, Mass. (AP Photo/Charlie Riedel)
TwitterFacebookLinkedInRedditWhatsApp

The Fortinet Championship 2022 marks the beginning of a new and exciting 2022/23 season in the PGA Tour. Many golfers will be hoping to get off to a good start in this competition, which will be contested between September 15 and 18 at the Silverado Resort & Spa – Norte Course in Napa County, California.

Several golfers start as favorites to take the trophy; however, since everyone is arriving to this tournament without having competed recently, there is room for surprises. That’s why today, JefeBet will show you some of the golfers who could end up lifting the trophy once we reach the final day of the tournament.

Cameron Davis ranks below the top three favorites as one of the contenders for the trophy, which would be his first since the Rocket Mortgage Classic in the 2020/21 PGA Tour season.

The Australian finished the previous season on the right foot as his best performances came in the second half of the season, with a sixth place in the Barracuda Championship and a seventh place in the Charles Schwab Challenge.

Additionally, Davis has been able to gain experience at this Fortinet Championship in the past, with a #36 finish in 2020 and a #17 finish in 2018, and will hope to use that to his advantage this time around.

Denny McCarthy’s 2021/22 season on the PGA Tour can be defined as a successful one, despite the fact that he struggled to find his rhythm, not achieving his best results until the end of the season.

He had a fantastic month of June, finishing in the top ten in all tournaments except in the US Open. At the end of the season, he had risen from #145 to #78 in the world golf rankings.

Now, he will be hoping to start this new season proving that this was no fluke, and that his game has only improved after the break.

Another golfer we see as a potential candidate to lift the trophy is Gary Woodlan, a veteran with plenty of PGA Tour experience. He even went on to win the 2019 US Open, which remains his only PGA Tour trophy.

This 2022 Fortinet Championship against lesser-known golf opponents can demonstrate that he still has a well-earned place on the PGA Tour. If he can play as well as he did at the Honda Classic and the Arnold Palmer Invitationals – he finished fifth in both – he could be fighting for the lead in the standings. 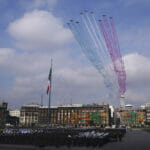 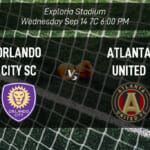