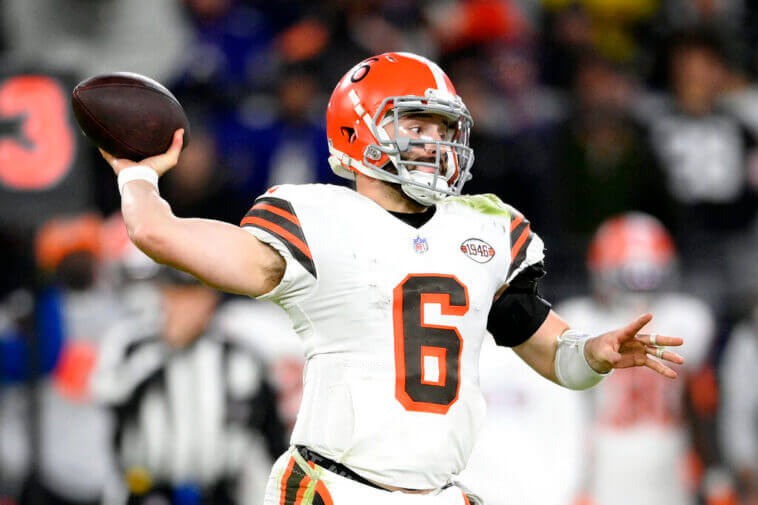 Cleveland Browns quarterback Baker Mayfield (6) in action during the second half of an NFL football game against the Baltimore Ravens, Sunday, Nov. 28, 2021, in Baltimore. (AP Photo/Nick Wass)
TwitterFacebookLinkedInRedditWhatsApp

Considering DeShaun Watson’s NFL future is uncertain due to the legal issues that the QB is facing, the Cleveland Browns may have to start looking for a replacement to deal with the worst-case scenario as their quarterback from last season, Baker Mayfield, expressed his refusal to stay with the franchise.

Baker Mayfield and the Cleveland Browns have a history of feuding, with the player expressing his discontent and admitting that he had been “disrespected” when the team expressed interest in Watson before officially acquiring him from the Houston Texans.

A reconciliation of the two sides seems impossible, or at least that’s what Mayfield implied during a Tuesday interview with Casey Murdock and Eddie Radosevich of Sooner Scoop.

I think it’s pretty obvious that the mutual decision of both parties is to move forward. I am grateful for my four years in Cleveland.

When asked if the relationship could be repaired, the quarterback was unequivocal in his response, saying, “No,” and adding that there would have to approach him in some way.

Considering there is no longer a chance for either Mayfield or the Browns to fix his situation, it’s in the player’s best interest to look for a new team for the next NFL season, but… Which teams could offer Baker Mayfield a spot?

Possible Destinations for Baker Mayfield With Odds and Quotas

The Buccaneers have their quarterback for this season after Tom Brady decided to come back from retirement to continue playing in the NFL, but… what’s in store for the next few seasons?

Brady is not immortal, and he will eventually retire. Tampa Bay could need a top-tier quarterback ready to take over the offense, and Baker Mayfield could be that man.

While Tom Brady is the starter, Baker Mayfield could take some time to get to know the organization and the workings of the offense in order to prepare to fill the starting job when needed.

In addition, former Bucs head coach Bruce Arians now serves as a consultant to the franchise, and Arians had previously shown public interest in becoming head coach of the Browns, so he could bid on a move for Mayfield.

Going to the Tampa Bay Buccaneers could serve as a long-term plan for Baker Mayfield, but if the player wants to make an immediate impact on any franchise, the Seattle Seahawks option could fit him like a glove.

Seahawks are desperate to land a quality replacement at quarterback position after letting Russell Wilson go to the Denver Broncos in a trade that saw Drew Lock pack his bags for Seattle, but Lock doesn’t look like that kind of quality quarterback for the Seahawks going forward.

Mayfield could come in and compete for the position right away with Lock, which might please head coach Pete Carroll because his aggressive plans match well in with the style of game the current Browns quarterback prefers to play.

In addition, the Seahawks have just over $15 million before they reach the salary cap, so financially it’s a move they could afford.

The Lord gives and the Lord takes. The Texans lost DeShaun Watson after he left for the Browns, and Baker Mayfield could come from the Browns to boost a Houston position that needs improvement.

As with the Seahawks, Baker Mayfield could come in and make an immediate impact on the franchise after the 2021 season saw the Texans’ quarterback position being shared between rookie David Mills and veteran Tyrod Taylor.

Mayfield could be the man to take over the position to provide some guarantees, and after the Texans extended the contract of wide receiver Brandin Cooks and also picked up other offensive options such as John Metchie III in the draft, an arm like his could be very valuable.

In addition, this move could allow Baker Mayfield to return to his native Texas, and would also give him the opportunity to face the Cleveland Browns during the upcoming NFL regular season. 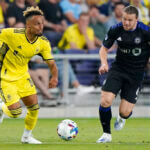 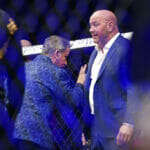