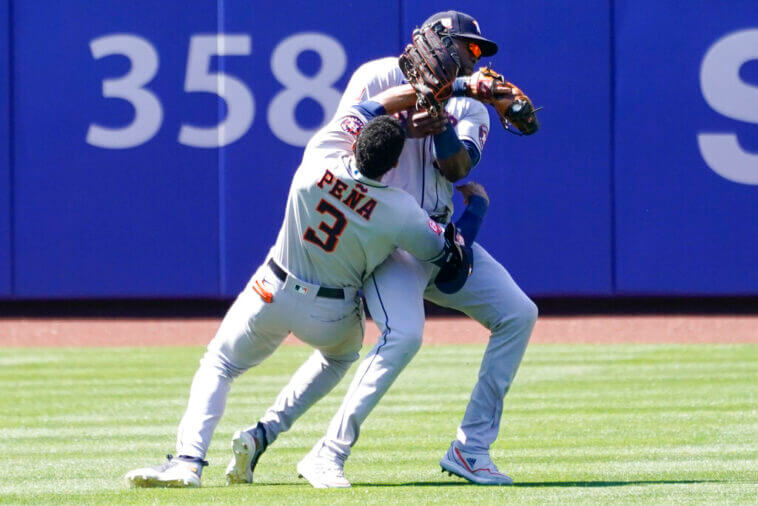 Citi Field experienced tense moments during Wednesday’s Astros vs. Mets game after two Houston players collided on the field while trying to catch a ball.

It is for this reason why they say communication is essential when seeking for a volley. It never hurts to yell “Mine!” and I’m sure Yordan Alvarez and Jeremy Peña didn’t recall this as they came for the ball.

The clash occurred in the bottom of the eighth inning with the game tied 0-0. Dominic Smith was at bat for the Mets and lofted the ball for an easy out to left field. Shortstop Jeremy Peña went in search of the ball but did not notice the arrival of Yordan Álvarez from the outfield, which ended in a collision between the two.

Peña’s arm hit Alvarez right in the face, while the Cuban’s elbow impacted the shortstop’s head. Both took a good hit that left them lying on the field for several minutes, but apparently it was Yordan Álvarez who took the brunt of it as he had to be removed from the field on a stretcher.

Jeremy Peña tried to continue playing, but would end up leaving the field of play on his own after he was not fit to continue.

What Happened Next in the Astros vs. Mets Game?

Following the incident, the eighth inning went off without incident for both teams, but the Astros would take a 2-0 lead in the top of the ninth inning thanks to a Jason Castro homerun. That lead was the defining run for Houston’s 47th win of the 2022 MLB season, with an outstanding performance by Justin Verlander, who pitched 8 innings without allowing a run.

Hours after the end of the game, the Astros announced that both Jeremy Peña and Yordan Álvarez were being evaluated for possible concussions, but an official statement regarding both players has not yet been issued.

Houston will face one last game in the eastern United States tomorrow against the Yankees before flying to the other side of the country to face the Angelinos, and will hope that both players recover and can be present for those games. 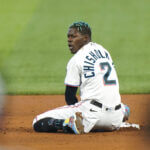 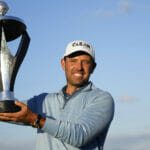