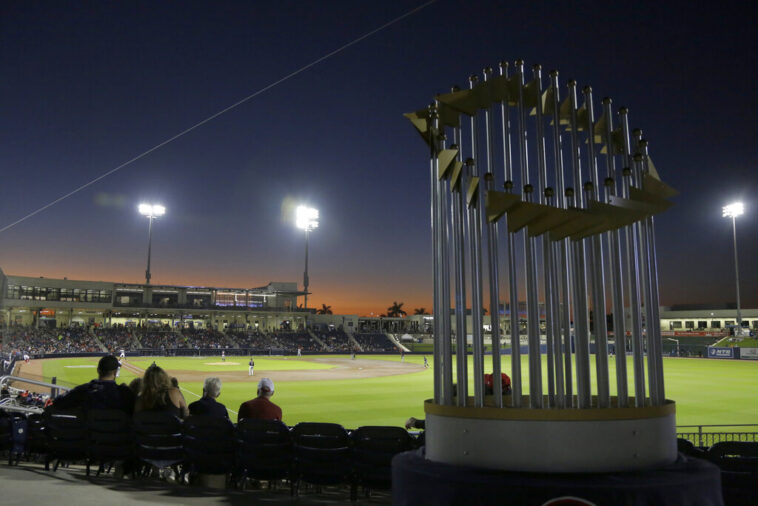 FILE - In this Feb. 27, 2020, file photo, a replica of the World Series trophy is seen in the stands as the Washington Nationals play the Houston Astros during a spring training baseball game Thursday, Feb. 27, 2020, in West Palm Beach, Fla. Major League Baseball has proposed expanding the playoff field from 10 teams to as many as 16 for this year and next season. Other major sports are accustomed to more teams in the postseason. (AP Photo/Jeff Roberson, File)
TwitterFacebookLinkedInRedditWhatsApp

It has been a long journey for the teams to get to this point, but the 2022 MLB World Series now has its protagonists. This series between the Phillies vs Astros will see two clubs deservedly compete following a fantastic season.

We at JefeBet, brought you all the information you needed to know for the Wild Card, Divisional, and Championship series, and we’ll do the same for the 2022 World Series: so, here’s our preview of each team and our prediction for this Fall Classic.

Predictions and Betting Odds for the 2022 MLB World Series between Phillies vs Astros, running from October 28 – November 5

The Philadelphia Phillies came into this 2022 World Series when few were counting on them. The team, which hadn’t reached the postseason since 2011, has shown its best version when it mattered most, and will hope to emulate what the Atlanta Braves did last year, being precisely one of the teams they left on the road along with the St. Louis Cardinals and the San Diego Padres.

Now, the Philadelphia franchise will be aiming for its third World Series title in history, and the first since 2008, when they defeated the Tampa Bay Rays in five games thanks to a masterful performance by Cole Hamels.

The team comes in having the best offense of this postseason, having scored an average of 5.1 runs in its 11 games.They will be hoping that this will help them win the title, which is saying a lot considering the level of pitching at this stage of the season.

The Houston Astros, who were a minor team in the Major Leagues for much of their history, have become a true titan in recent years.Although the team always seems to be getting weaker and weaker, they still manage to go far in the season, as was the case this year.

This will be the second consecutive season the Astros have made it to the World Series, after they were defeated in 2021 by the Atlanta Braves. This game also marks the fourth time the team has reached this decisive stage since 2017,the year in which they achieved their first victory in a Fall Classic by beating the Los Angeles Dodgers in a seventh and decisive game.

Having swept a great team such as the Yankees in the American League Championship Series should serve to showcase the power of the Astros, with pitching being its main strength, allowing an average of just 2.5 runs per game.In this way, they’ll be hoping that this strength will help them reclaim victory.

Three great baseball players are the main candidates to win the MVP of the 2022 World Series, and here we show you who they are.

While the Houston Astros are the favorites by a wide margin, the perception is that both teams are heading into this series with a similar level, as both their offenses have been performing quite well, and they also have high-quality pitching.

Despite coming in as a wild card, the Philadelphia Phillies have defeated every opponent they have faced, and this time they will be hoping to derail the hopes of the team with the best record in the MLB this season. Here, at JefeBet, we believe this is extremely likely to happen.

Philadelphia not only has the best offense this postseason, but its bullpen has also been at a very high level just like Houston’s: Zack Wheeler, Aaron Nola and Ranger Suarez have all had great performances that could help the team win.

Furthermore, National League teams have won the World Series in the last three editions, and this trend could continue this year. 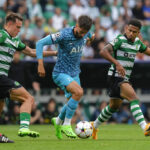 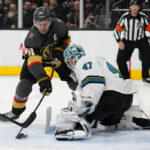