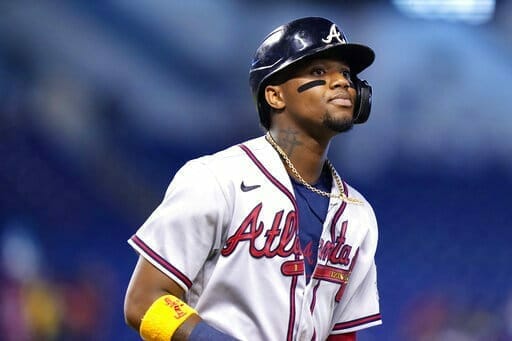 Today more than ever in the major leagues elite talent comes from players who are incredibly polished for their ages in terms of mechanics, mature plate discipline, game-changing fielding ability or all of these together in a package that marks ”superstar” everywhere you look.

The Jays shortstop has been one of the most anticipated prospects in recent years: after brief experiences in the majors during the 2019 and 2020 campaigns (playing 46 and 29 games in each respectively), 2021 was his full showcase year and fitted seamlessly into the Canadian team’s explosive offense.

At only 23 years of age, he already got his first performance in the All-Star Game,and we are definitely just witnessing the beginning of a career that can reach the highest level in the history of Toronto, an organization in which he has already become one of the best minor league players in its history.

The Venezuelan may not be liked by many for his passionate and challenging way of playing ball, but no one can deny the enormous talent he possesses in every area of the sport. Acuña was on track to have the best season of his career in 2021, in addition to being one of the favorites to win the National League MVP thanks to a beastly start to the season.

Unfortunately, a ruptured cruciate ligament in his right knee suffered in July meant that the 24-year-old Venezuelan was unable to continue playing for the remainder of the campaign. Despite his absence, the Braves were able to be crowned champions, giving him the first ring of his career.

Earning his first All-Star Game appearance and second career Silver Slugger award in 2021, the Dominican’s campaign was impressive on every level. Coming in third place in the voting for the National League MVP award, Fernando proved that he is here to stay as one of the world stars of the sport.

Leading his circuit with 42 homers and adding 97 RBIs, 99 runs scored, a .282/.364/.611 batting line and adding 25 stolen bases, all these monstrous numbers at only 22 years of age, it is undeniable that he is among the best players under the age of 25 without a doubt, and from here on out El Niño will be a strong contender for the Most Valuable Player of the Season award for the next decade.

In a world where Shohei Ohtani does not exist, the Dominican would have been unanimously crowned the American League MVP at just 22 years of age. If anyone was able to establish himself as the best hitter in the major leagues’ last campaign, it was Vladimir Guerrero Jr.

Counting his first participation in the All-Star Game, his first Silver Slugger award and being the second place in the voting for the MVP of the young circuit, we can no longer refer to Vladdy as ”the son of Vladimir Guerrero”, as he came to make history in elite baseball, his own history that is just beginning. He has the potential to become one of the best hitters in the history of the sport.

After a somewhat inconsistent start to the season due to several absences due to injuries or isolation due to COVID protocols, Soto had one of the most offensively dominant periods in all of baseball.

Soto had his showcase of talent as a key figure for the future of MLB by winning the championship with Washington in 2019, however, his progress continues to be impressive for his short 23 years, proving to be one of the most complete and mature hitters in all of the majors, in addition to being No. 1 among the best players under the age of 25 in all of baseball. 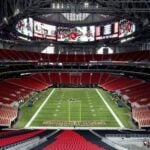 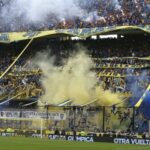