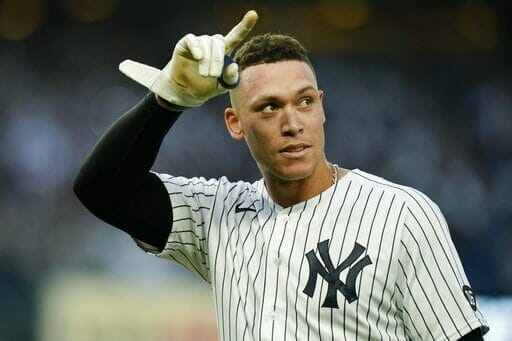 The right lane houses a group with the most complete players in all of the major leagues. The stigma of right fielders has always fit a mold of a great hitter, great glove skills, and one of the leaders of the locker room usually. The American League is one of the most competitive environments for any hitter, especially in the outfield.

Having been traded to the Bronx Bombers during the trade deadline, Gallo found a place in the Yankees’ outfield, and despite not having a brilliant offensive campaign, he lived up to his power running standards, and exceeded expectations defensively (even if it wasn’t always in right field). Needless to say, he will be an extremely important piece for the Yankees for the upcoming 2022 season.

He also led the majors in total strikeouts, accumulating 213, but with the lowest strikeout percentage in his career, 34.6%. He also won his second consecutive Gold Glove.

Haniger doesn’t have much to prove to be considered among the best right fielders in the majors, but there is one thing that limits him greatly: his physique. Haniger has been very injury prone during his short career, even missing the 2020 campaign entirely due to several surgeries he underwent to deal with a testicular injury and the consecuences of it in 2019.

Hopefully, 2022 will allow Haniger to play the largest portion of games, so we’ll be able to witness his progress as a leader in the Seattle franchise.

The Dominican’s breakout to the group of the best right fielders in the American League continued in 2021, reaching career-best numbers and being an essential part of the Canadian franchise’s contention in its bid to reach the postseason.

Teoscar will now face a more prominent role in the Blue Jays batting order after the departure of Marcus Semien to the Texas Rangers.

Kyle Tucker’s potential as a star prospect for the Astros materialized in 2021, which puts him almost near the top of the future top right fielders in the MLB’s next decade. The 25-year-old was a crucial member of the Houston franchise, posting career-high numbers in nearly every offensive category possible: .294/.359/.557 along with 30 homers, 92 RBIs, 83 runs scored, 32 doubles, 3 triples and 14 stolen bases in 16 attempts.

With the departure of George Springer, a major hole in both the outfield and batting order of the Astros would remain. Yet, the consolidation of Tucker gives the organization a sigh of relief.

His postseason performance also left much to be praised, as he was the October baseball leader in RBIs with 15.

Undoubtedly, Aaron Judge was the best hitter during the entire Yankees season, and it was especially a great season for him, after not reaching the expectations left by his great debut in 2017 compared to his 3 previous seasons.

The 29-year-old made his third All-Star Game appearance behind a .287/.373/.544 line with 39 homers, 98 RBIs, 89 runs scored, 24 doubles and 6 stolen bases. Judge led the Yankees in every possible offensive category except hits and doubles.

2022 is a pivotal campaign for the Yankees, who have fallen short in the recent campaign with an inconsistent offense and a disorganized starting rotation. The reinstatement of Judge as one of MLB’s best right fielders, is a step in the right direction for the rise of the New York franchise. 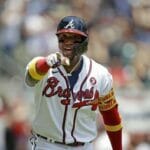