Grizzlies vs Kings will be a great game that all fans of the NBA will be able to enjoy this Thursday, October 27th. The 2022/23 regular season just keeps getting better and better, and this October 27 the Western Conference will offer some great games.

At JefeBet you can find predictions, odds, and all the information for this Memphis Grizzlies vs Sacramento Kings,as well as for many other NBA games. We invite you to visit our site so you don’t miss the best American basketball predictions.

Predictions, Odds, and Betting Preview for the Grizzlies vs Kings NBA Regular Season Game on October 27, 2022.

The Memphis Grizzlies have won three of their last four games this season. In their most recent game against the Brooklyn Nets on Monday night, Desmond Bane’s big performance contributed to a 124-134 victory that allowed the Tennessee team to move into fifth place in the Western Conference.

For this Grizzlies vs Kings, the presence of Ja Morant and his chemistry with Desmond Bane, could be fundamental to get the victory. In the last six games, Memphis has won against the Kings.

The Kings will be looking for their first win of the season on Thursday. In the team’s three previous games, and under the leadership of Mike Brown, the team lost to the Trail Blazers, the Clippers and the Warriors. In their most recent meeting against the Golden State Warriors, the Sacramento team fell 125-130.

This Grizzlies vs Kings game is the opportunity to take advantage of the presence of players like De’Aaron Fox, the solid 24-year-old point guard. Sacramento will try to beat this game and season’s statistics, as they have a 16-season streak without making it to the playoffs.

For this exciting clash in this new NBA season between Grizzlies vs Kings, we believe it will be the Grizzlies who will bring joy and the win to their fans. Their good start of the season and the performance of several of their players will keep the visitors spirits high.

Meanwhile, the Kings have a responsibility to win at home, as they haven’t achieved a win this season. 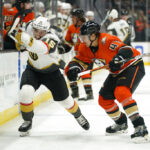 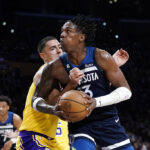