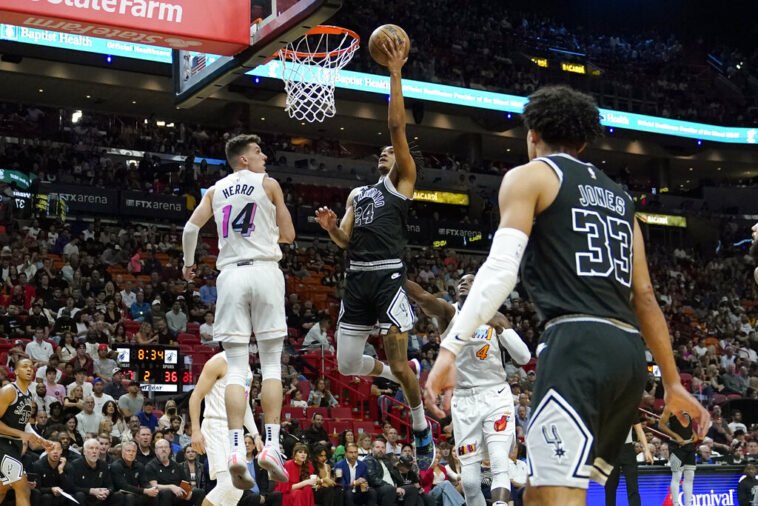 After three campaigns of absence, the NBA returns to Mexico this Saturday with a regular round game, and this time the selected matchup is the Heat vs Spurs.

Miami comes into the game with three straight wins after dispatching the Rockets 111-108 on Thursday, while San Antonio lost its last game, being defeated 128-112 by the Trail Blazers .

Without further ado, JefeBet brings you the best preview of the stellar game in Mexico City between the Miami Heat vs San Antonio Spurs.

The Heat’s current road trip away from Miami is bringing very good results after they picked up their third straight win on the road Thursday night in a close matchup against the Rockets.

With the win, Miami not only tied its season record, but also had the chance to head to Mexico with a very positive attitude and resume its winning streak for the year.

The fact that the team coached by Erik Spoelstra won despite missing two of its key players—Kyle Lowry and Bam Adebayo—whom the coach had instructed to take a break before the team’s journey to Mexico—is a further motivator.

The star against Houston was Tyler Herro, who scored 41 points, while Jimmy Butler finished with a double-double of 20 points and 10 rebounds. These were more than necessary performances for a Heat team that has the second-worst average points scored per game in the league at 107.9, trailing only the Clippers.

However, they differ from San Antonio in that they have a defense that ranks fifth in terms of the fewest points allowed per game (109.3) and one of the best at forcing turnovers from opponents (16.1).

The Spurs are frantically trying to move up the Western Conference standings, and their trip to Mexico might be a strong motivator to keep up their recent winning streak of three games.

In order to do so, they must continue to improve their defense, the same one that allows the most points per game in the league with 120.4. For instance, in their loss to Portland, they allowed128 points, when in their three previous victories, no opponent had scored more than 111 points.

However, defense is not the only problem for Gregg Popovich’s team. Even if they get better at stopping their opponents, San Antonio needs to shoot better as they are the tenth worst team in field goal percentage at 46.3% and are fourth in fewest points scored with an average of 110.2.

The team’s top scorers are Keldon Johnson, with 21 points per game, and Devin Vassell, with nearly 19.9. However, the offense’s impact is negligible moving forward, as seen by the run of 11 straight losses that dropped them to the bottom of the standings and included six games in which they failed to score at least 100 points. 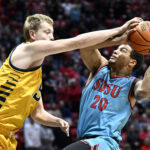 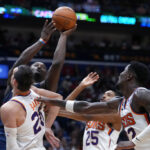