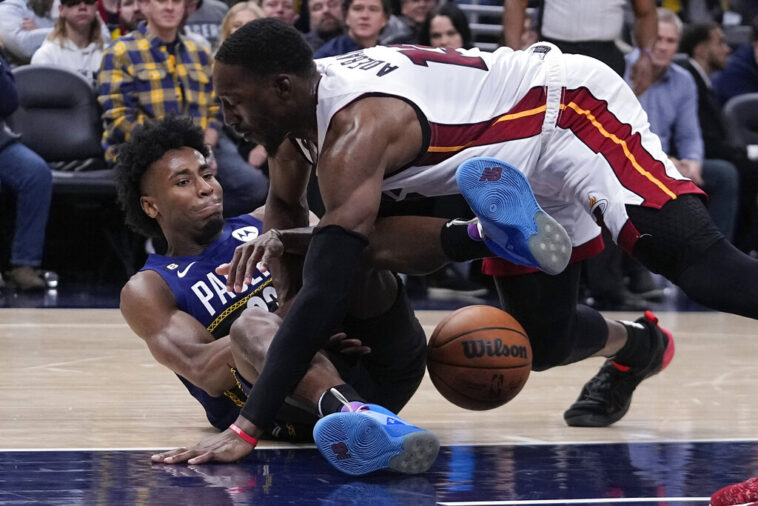 Indiana Pacers' Aaron Nesmith (23) and Miami Heat's Bam Adebayo (13) battle for the ball during the second half of an NBA basketball game, Monday, Dec. 12, 2022, in Indianapolis. (AP Photo/Darron Cummings)
TwitterFacebookLinkedInRedditWhatsApp

The action of the 2022-23 NBA season does not stop and will continue this Thursday, December 15, with another day full of exciting games. One of the most interesting ones is Heat vs Rockets, a game that pits two teams that have been through many ups and downs recently.

This is the first meeting of the season between two teams that always put on a good show and have played a fairly evenly matched series in recent years. However, the Heat has won the four most recent clashes.

So, without further ado, JefeBet brings you the best preview for the Miami Heat vs Houston Rockets game, where you can also enjoy the prediction and the best betting odds.

The Heat continue their mission to recover ground in the Eastern Conference after a rather weak start to the campaign. But things have not been easy for them lately, as they lost even at home to rivals such as the Detroit Pistons and the San Antonio Spurs, which does not help the fact that away is where they have looked the worst, leaving a 5-9 record.

Besides, Jimmy Butler’s comeback has not made the impact on the team’s offense that was expected, which now ranks worst in the league with an average of 107.9 points scored per game. However, at least the defense has been a bit of a handful for the team, being the fifth most efficient in the NBA with an average of 109.3 points allowed per game.

And it was precisely a final defensive effort that allowed the company to take a 110-108 win over the Oklahoma City Thunder last night. In that game, they were able to recover after even squandering a 12-point lead, where Tyler Herro was the best of the team on offense scoring 35 points, followed by Kyle Lowry who contributed with 14 points and 6 assists.

The Rockets have had a worse campaign than the Heat so far. But it appears that much of that was due to the large number of away games they played in the first month, as now that they have been able to play more at home they have looked better, winning their last five games at home.

The Rockets’ last three wins during that stretch have been more than noteworthy, coming against strong opponents such as the 76ers, the Bucks, and most recently against the Phoenix Suns by a score of 92-111.Jalen Green recorded 26 points and 4 assists and was one of the six players on the team to score at least 10 points.

While the Texans’ overall numbers leave much to be desired, things are a bit different at home, where they are currently averaging 112.7 points scored and 112.1 points allowed per game.

Although the Heat in general terms could be the superior team in this game, they are not going through their best moment, especially offensively. Plus, they will not have a good time playing against a Rockets team that has limited offenses like the Bucks’ and the Suns’ to under 100 points in their last two outings.

However, the Rockets’ offense is not the best of all, and even at home they have not shown great productivity, so they will also have a difficult night against a Heat that has given its best defensively.

The fact of having played on the previous night will also influence the Heat’s offensive problems, so we expect this to be a close game. But the defenses will dominate things and force their opponents to miss a lot, thus leaving a low-scoring game. 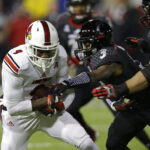 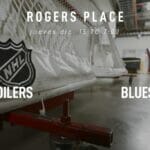