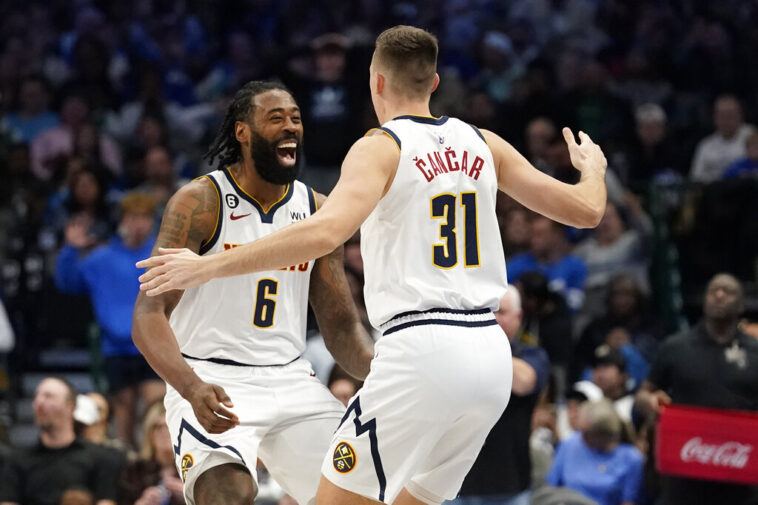 Denver Nuggets forward Vlatko Cancar (31) celebrates with teammate DeAndre Jordan (6) after Cancar scored a 3-point basket at the end of the first half of an NBA basketball game against the Dallas Mavericks in Dallas, Sunday, Nov. 20, 2022. The Nuggets won 98-97. (AP Photo/LM Otero)
TwitterFacebookLinkedInRedditWhatsApp

Sunday’s NBA game day will start with the Nuggets vs Pelicans, a game between two teams that have the same record and that are fighting for second place in the Western Conference.

Recently, the Nuggets have been dominating in this particular series, winning six of their previous eight meetings against the Pelicans. In this game, they could have a good chance to continue improving their record considering that seven of their last ten meetings between them were won by the current visiting team.

The best Denver Nuggets vs New Orleans Pelicans preview can be found at JefeBet, where you can also enjoy the most accurate predictions and betting odds for this game.

Predictions, Odds, and Betting Preview for the Nuggets vs Pelicans NBA Regular Season Game on December 4, 2022.

The Nuggets have had a campaign that has been more than decent, they had been solid at home and consistent on the road. However, they arrive to this game with the intention of recovering after a 109-117 loss to the Atlanta Hawks on Friday.Atlanta played without its main star, Trae Young, while on the Nuggets’ side, Nikola Jokic was the best player once again, with 24 points, 8 assists and 10 rebounds.

That was the Nuggets’ sixth loss in fourteen away games, but they had previously won three games in a row in that condition. For this game in New Orleans, they will surely be confident in getting a good result given that they have won in their last four visits to this venue.

The Nuggets have not had the same defensive performance as in previous campaigns, with an average of 113.3 points allowed per game, but they have managed to be more productive on offense, led by Jokic that has averaged 115.1 points scored.

On their part, the Pelicans continue to prove that they are ready to fight for big things this season. They are currently just 1.0 game away from the top after recording eight wins in their last ten games, including the last three, led by Zion Williamson, who has scored at least 30 points in his last two appearances.

The most recent of his victories came in a visit to the ailing San Antonio Spurs.Williamson was on the verge of a triple-double, recording 30 points, 15 rebounds and 8 assists to lead a 117-99 win.

This will be a clash between two similar teams that are going through a good moment, and whose main leaders are players with strong physiques and that are intelligent, such as Jokic and Williamson who play and make play, so the show is assured.

However, it is the Pelicans who seem to have the advantage this time around, as they have performed much better on defense, and as their offense has also put up somewhat better numbers than the Nuggets. In addition, the Pelicans have looked very strong at home, losing only three of eleven games.

Therefore, although we expect a close game from start to finish, we are confident that the Pelicans, led by Williamson, will be able to win at home over the Nuggets. 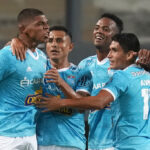 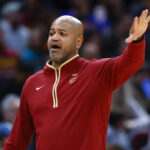