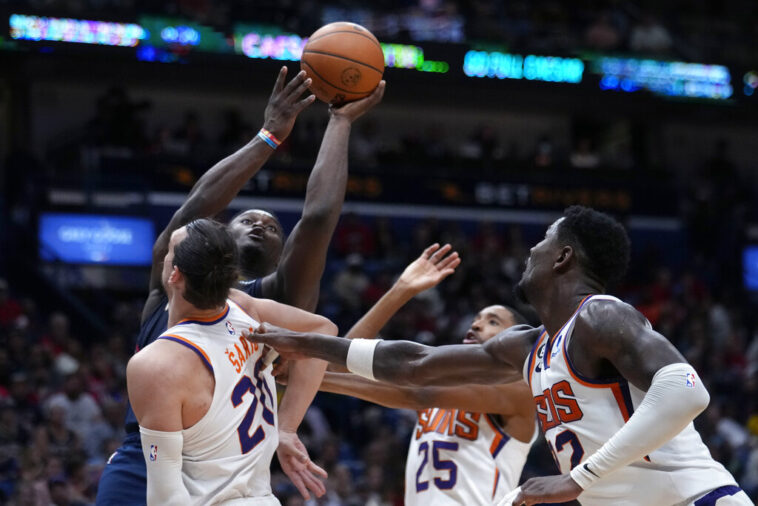 The Pelicans vs Suns matchup, which will feature two teams that will play their final game of the season with lots of tension after their first three encounters, is one of many extremely intriguing games on the NBA slate for next Saturday.

New Orleans lost for the second consecutive game, being defeated in overtime by the Jazz by a score of 129-132, while Phoenix halted a five-game losing streak after crushing the Clippers 111-95.

It’s worth noting that the two teams met last week in New Orleans, with two wins for the Pelicans and a tough matchup between Zion Williamson and Chris Paul.

Without further ado, JefeBet brings you the best preview of the stellar match between the New Orleans Pelicans vs Phoenix Suns.

The Pelicans were outplayed by the Jazz for the second game in a row, and as a result, they surrendered first place in the Western Conference to the Grizzlies, who with their victory on Thursday, are now half a game ahead of them.

This loss to Utah is very painful considering what a great performance Zion Williamson had: he was close to a triple double with 31 points, eight rebounds and eight assists. C.J. McCollum also contributed 28 more for the cause.

The New Orleans team was unable to use the strong defense it has displayed so far this season in the two games at home to the Jazz, and gave up more than 120 points in both defeats. This is a very high figure for the 111.0 they average per game in the season.

As we’ve already mentioned, this team’s offense will undoubtedly be strong given that Brandon Ingram is expected to return the next week, but if they want to keep contending for the Conference’s leadership, stopping the opposition must be their primary goal.

The Suns finally broke a string of five losses on Thursday, four of them on the road, which included the two aforementioned losses to the Pelicans.

The star of the game for Phoenix was Mikal Bridges, who finished with 27 points against a Clippers team that was coming off three straight wins, two of them without allowing more than 100 points to their opponents. Additionally, five Suns players finished with double-digit scoring, including Josh Okogie and Jock Landale with double-doubles of their own.

Monty Williams’ team climbed to fourth place in the Western Conference and remains one of the top ten teams in average points scored per game, as before their victory in Los Angeles, they were ninth best in the league with 115.4.

Phoenix also had a quiet day on defense, limiting the Clippers to 34 points on 90 tries, maintaining their strong record of opponents’ points surrendered—a category in which they were tenth best with 111.3 points and undoubtedly became much better following the win. 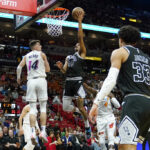 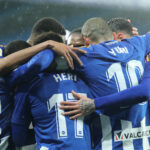