This Pistons vs Clippers is not the most even matchup of the day, but sometimes these are the games that give the biggest surprises, and this game can be one of those considering the different realities the teams are in. One team has a winning record, and the other one has one of the worst numbers in the NBA, but the best thing about this game is that anything can happen.

JefeBet brings you the best analysis of the different NBA games with their respective predictions day after day, and we also bring you the best sports betting content, so here are our predictions for the Detroit Pistons vs Los Angeles Clippers.

Predictions, Odds, and Betting Preview for the Pistons vs Clippers NBA Regular Season Game on November 17, 2022

The Pistons don’t seem to be able to click. They have lost four games in a row. In their last game, which was filled with desperation, they helped the Raptors end a streak of three consecutive losses as they fell 111-113 against them.

Even if it is true that the team is undergoing a restructuring process, everyone is fed up, and the last match they played, which was winnable, was the last straw. One of the excuses the Pistons are making is that they are a young team and that their schedule is quite complicated. The coach himself came out to say that, but that there are errors in defense that must be corrected.

In reality, the team is not improving, and the players don’t seem to catch up on rhythm, making silly mistakes that cost them many points. Offensively they are worse, scoring on only 29% from the three-point line, and having that percentage in a league that relies so heavily on long-range shooting is inexcusable. Their best player is Bojan Bogdanovic and he only averages 20 points per game, which is very low for the NBA.

May God help them.

The Clippers are the opposite case. The Angelino team is enjoying a winning record, it has only two losses in November and is threatening to continue picking up their pace. At the beginning of the season, it was said that they would be the ones to bring joy to Los Angeles, because the Lakers are nowhere to be seen. They are the favorites and that pressure took its toll in October, when they lost four games in a row.

Paul George is raising his level and he averages 24 points per game. Indeed, he’s not among the best in the league, but he’s just heating up. Except against Brooklyn, where he only scored 17 points against the Clippers, to which they lost 110-95, George has been performing pretty good, participating defensively and offensively. It is still early on in the season, but the forward’s good performance is good news.

It looks complicated for the Pistons to defeat the Clippers playing at home, but we must remember that the team has a negative home record, and that it has only won 3 games and lost 4, most of them with teams in the upper part of the ranking, but stranger things have happened in sports before.

The Pistons are not in line. Head coach Dwane Casey cannot do anything, and no matter how much he moves the team, things just don’t work out. It looks like the good streak will be extended and that the Clippers will take the win and continue to lurk in the Western Conference, where the competition is pretty tough with the Suns and Portland.

There is no sign of improvement for Detroit, there is no good result in sight for their work, and the more time they spend in that hole, the more desperate the situation will become. Restructuring does not work without results, and if they continue to accumulate defeats, the board will have to shake up the team and start over.

In the case of the Clippers, they are favorites because of their roster, so this is a perfect sparring opportunity. They play at home and a victory will help boost their confidence, especially for the games that follow, which already look more complicated. One of those games is against the Spurs, and another one is against a team they have a hard time with like the Utah Jazz.

Pistons vs Clippers seems to be an entertaining game, if you’re a fan of the Los Angeles team. In Detroit, I don’t think they will enjoy the game very much. 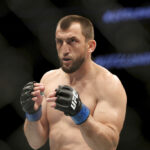 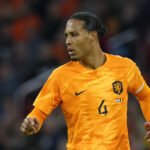