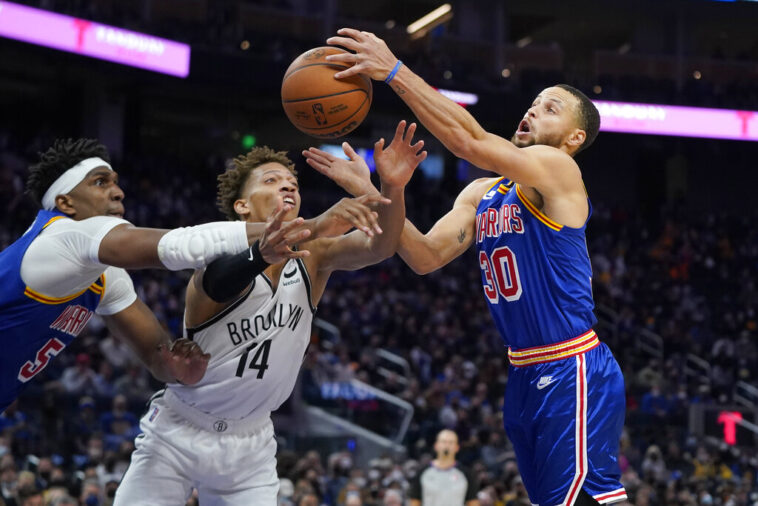 This Wednesday, November 21, we will have another fascinating day in the best basketball league in the world, with this Warriors vs Nets game being one of the high-caliber matches scheduled for the day.

Although it’s one of the most anticipated games of the season, Stephen Curry’s absence from the Warriors’ starting lineup and their erratic play may not be ideal circumstances for this matchup.

The best preview for the Golden State Warriors vs Brooklyn Nets match can be found here, at JefeBet, where you can also enjoy our predictions and the best betting odds for this match.

The Warriors are still in the middle of an up-and-down season, and it doesn’t look like it will get any better anytime soon after Stephen Curry’s injury. The player will be out of action until mid-January. The reigning NBA champions have shown two very different faces this campaign, an impressive one at home, winning 12 of 14 games, and a very weak one on the road, where they have a 3-14 record.

Another of San Francisco’s main problems this season has been its poor performance away from home, as it has allowed an average of 116.6 points, numbers that worsen to 122.2 when on the road. However, they have managed to reduce the damage somewhat with a very good offense that averages 117.3 points per game.

Things have been a little different for the Nets, who were able to recover from a very rocky start to the season during which they sacked Steve Nash as head coach, saw little progress. Moreover, Kyrie Irving’s extracurricular issues dominated headlines.

After defeating the Detroit Pistons on the road last Sunday by a score of 124-121, the Nets are currently enjoying their greatest stretch of the season. This happened mostly due to a crucial third quarter that they won 44-25, all thanks to Kevin Durant and Kyrie Irving, who each scored 43 and 38 points.

The Nets have been slowly improving offensively, now averaging 113.1 points per game, but exceeding that average in five of their last six appearances. Defensively, they have also done much better, allowing an average of 111.4 points.

The Warriors are a team to be feared offensively, but they will clearly see a change in their offensive output with Curry’s injury, as he’s their best scorer with an average of 30.0 points per game. Curry’s absence will undoubtedly be much more noticeable away from home, a situation in which they have not fared well this season.

As if that weren’t enough, they’ll be playing the Nets this time, who are having a tremendous season with an offense driven by Durant and Irving that shouldn’t have too many problems competing against a defense that gives up more than 120 points on average when playing away from home.

In addition, the Nets will have had one more day of rest than the Warriors, which is crucial given the weak defensive capabilities and significant travel difficulties of the visiting team. In this way, we anticipate the Nets to maintain their rising trend and come out on top. 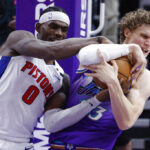 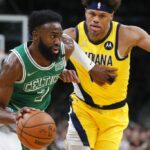