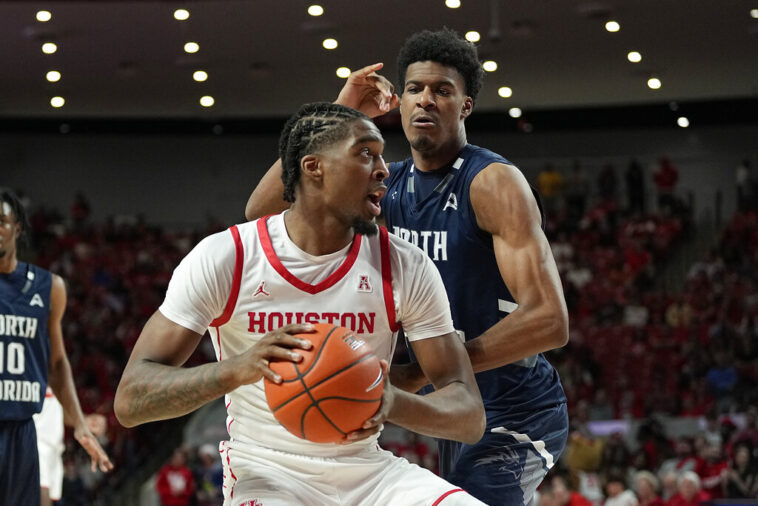 Houston forward Ja'Vier Francis gets past North Florida forward Jonathan Aybar for a basket during the second half of an NCAA college basketball game, Tuesday, Dec. 6, 2022, in Houston. (AP Photo/Kevin M. Cox)
TwitterFacebookLinkedInRedditWhatsApp

This December 13, NCAA Basketball will have another usual day with many games, being North Carolina vs Houston one of the most outstanding clashes since both teams will seek to continue improving their record.

This will be the second-ever match between these sides, and the first since the Cougars took a 71-67 win in 2011. However, things are very different now, so it will be interesting to see what will happen.

At JefeBet you can find the best preview for the North Carolina A&T Aggies vs Houston Cougars game, where you can also enjoy the most accurate predictions and odds for the main event of the year, the Qatar 2022 World Cup.

Predictions and Betting Preview for the North Carolina vs Houston Cougars College Basketball Game on December 13, 2022

After a difficult start to the campaign, the Aggies have managed to get back on track thanks to a good run of three wins in a row, thus moving out of the last places in the Colonial Athletic Association Conference, but still far from the top spots.

The Aggies come into this matchup after defeating the UNC Greensboro Spartans by a score of 56-73 on Nov. 30, so this will be their first meeting so far in December. Kam Woods has been one of the Aggies’ top performers this campaign, averaging 17.0 points, 2.6 assists and 1.6 steals per game.

The Aggies have been decent offensively, averaging 75.2 points scored per game, but have been a bit vulnerable on defense, allowing 70.1 points per game, something they will need to improve if they are to have any hope of a good result here.

The Cougars have been one of the strongest teams this campaign but come here with the goal of bouncing back after their first loss of the season, although they are still leading the American Athletic Conference.

After nine wins to open the season, the Cougars were unable to defeat the Alabama Crimson Tide in their most recent presentation last Saturday, in a game in which they took a lead at halftime but were unable to close things out and ended up losing by a score of 71-65.

As usual for Houston, their offensive production is quite decent, averaging 73.9 points scored per game, and they have had an excellent defense, which has allowed an average of 49.7 points, the second best in the league.

The Aggies are in a good moment for this game, although this time they will be facing Cougars who are at a very different level and who also want to bounce back as soon as possible.

The Aggies have faced two teams similar to the Cougars this campaign, and lost to both by more than 30 points, so this won’t be an easy game for them.

Despite their good offense, the Cougars have dominated their games thanks to their defense, something that has made them cover the Under in eight of their ten games this campaign, and this time, against an inferior team on paper, we expect them to control things from the start and continue that trend of low scoring. 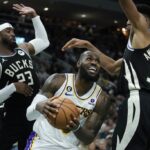 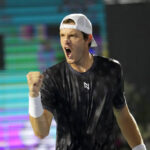